Knicks climbing Power Rankings list at unprecedented speed, where do they sit? 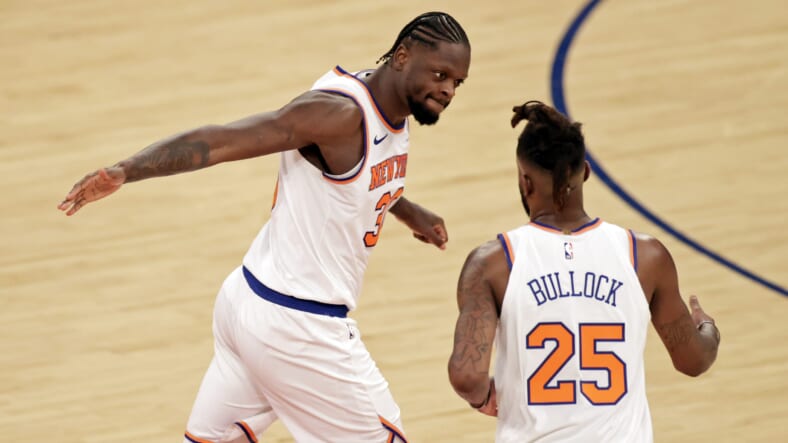 Currently, on a six-game win streak, the New York Knicks have proven they can hang with some of the best teams in the NBA. Despite losing a few contests a few weeks ago to the Brooklyn Nets and 76ers by a small margin, the Knicks have beat some quality teams over the past few days, including the Dallas Mavericks and Los Angeles Lakers.

In fact, their league-best defense has continued to dominate, as they are allowing just 104.5 points per game, with the Lakers in second place at 106.1.

The Knicksâ€™ latest rise is thanks to a few different factors, ranging from head coach Tom Thibodeau to All-Star Julius Randle, who won the Eastern Conference player of the week award for his performance last week. He is having a career season and has just one year left on his three-year, $63 million deal he signed in 2019. However, the Knicks are enjoying the fruits of his labor, as he averaged 35.8 points, 8.2 rebounds, 6.5 assists, and 2.0 steals during the stretch.

Most would make a compelling argument that Randle should win the Most Improved Player award this year, after completely turning his game around and becoming not only an efficient scorer but also a shot creator and passer.

Thanks to his quality, the Knicks have seen their rankings skyrocket in recent days, breaking the top 10 and CBSâ€™s Power Rankings for the first time in quite a while.

Watch out for the Knicks, who won all four games this week to make it six in a row overall, and are now firmly in the mix for a top-four seed in the East. Julius Randle is on a tear, averaging 35.8 points for the week on 45.5 percent 3-point shooting, including 44 points in a win over the Mavericks on Friday. The Knicks continue to be one of the best defensive teams in the NBA, giving up 106 points per 100 possessions this week against quality offensive teams.

The Knicks are preparing to take on the Charlotte Hornets on Tuesday evening, and while they sit at .500, the Knicks have a good opportunity to stretch their win streak to seven. However, without LaMelo Ball and Malik Monk, the Hornets will have to find another way to attack a dominant New York defense.