Knicks’ Cam Reddish sets the bar high, but he has a fight ahead of him for playing time 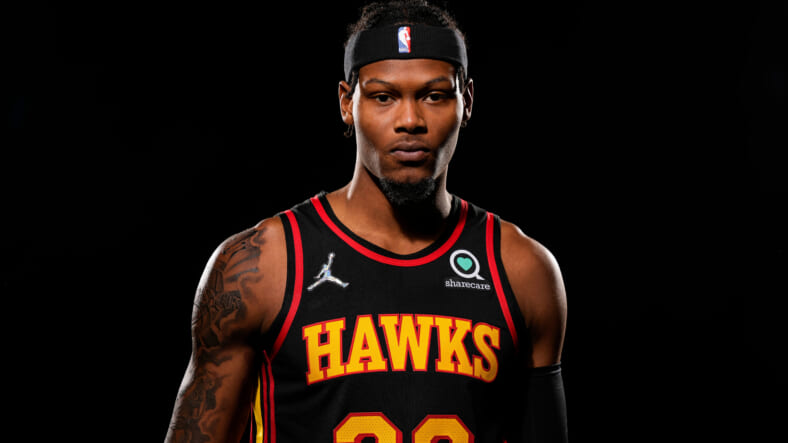 Cam Reddish cheered on his new team from the sideline as the New York Knicks were laying a beat down on the Atlanta Hawks Saturday night. Dealing with an ankle injury, Reddish is still rehabilitating and likely won’t be available for the next few games.

However, the former Duke star is confident his ankle is close to being ready, providing the Knicks with even more firepower off the bench.

“It’s actually feeling a lot better,” Reddish said. “I’m not sure how long I’ll definitely be out. But it’s definitely on the up and up. It’s in a good spot.”

This year, Reddish has experienced a massive increase in shooting efficiency, averaging 11.9 points per game and 38% from three-point range compared to 26% last year.

The 22-year-olds quest to become a star is still underway, but he is extremely confident that his play will speak for itself if he puts the work in.

“I feel like I can be a star,” Reddish said after the Knicks’ win over Atlanta on Saturday. “I feel like I could be a legit star. That’s what I’m working to be. It’s pretty simple.”

Reddish requested a trade from Atlanta earlier this season, with his role being diminished. Thankfully, the Hawks’ front office obliged and sent him to New York, where he seems reinvigorated and ready to make an impact during the second half of the season.

Based on his statistical improvements, Reddish is clearly a capable scorer. Shooting 38% from deep is no mirage, and he’s also recording a career-best 40% from the field. His 90% free-throw rate is another standout stat, which is something that head coach Tom Thibodeau will look to exploit moving forward.

Thibodeau isn’t going to give Reddish legitimate minutes to start his tenure with the Knicks but instead, make him fight tooth and nail for every opportunity.

“I’m not expecting to come in playing 35, 40 minutes whenever the next game is, but I’ve just got to come in and work my tail off,” Reddish said. “The rest takes care of itself.’’

Prior to Cam’s arrival, the Knicks didn’t have a legitimate small forward on the roster, but now they have a versatile option that can pair with a number of player combinations. Small forwards are flexible and versatile players, hosting a smaller frame than a power forward but imparting physicality nonetheless inside.

With New York already having multiple wingers and shooting guards at their disposal, Reddish should allow them to test different combinations, especially with injuries plaguing the team this year.