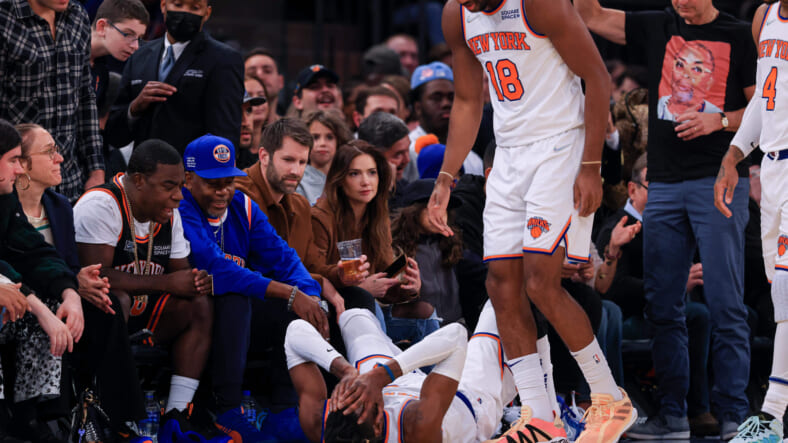 The New York Knicks have played in 16 games this season, coming off a suspect victory over the Houston Rockets on Saturday evening, the worst team in basketball. Winning by seven points doesn’t tell the full story of this contest, as the Knicks trails for a healthy portion, giving Houston far too many opportunities to stick in the game and potentially extract a victory.

Despite the starters underperforming lately, the Knicks have been dealing with issues among their big men. Health has been a problem early in the season, despite Mitchell Robinson featuring in 15 of their 16 games so far. Heâ€™s averaged 7.1 points, 7.6 rebounds, 1.7 blocks, and connected on 81% of his shots from the field.

However, teammate Nerlens Noel has played in just five games, missing the first few due to right knee soreness. Noel re-injured the knee against Philadelphia, playing in just 12 minutes before going down and missing four consecutive games until his return against Houston. He posted two points, three blocks, and six rebounds over 29 minutes, a healthy sample size of action. Noel signed a lucrative three-year, $27.7 million extension to serve as the team’s shot-blocking backup this past off-season.

â€œMy knee was in a decent place. Wasnâ€™t the best place but you know I felt good enough to get out there and give what I have,â€ Noel said. â€œMy wind, I feel good about [Sunday]. Iâ€™m looking forward to it.â€

Noel pushed through the pain and played anyway against the Rockets, and the Knicks desperately needed him with Gibson also dealing with a groin injury he suffered against Orlando Magic on Wednesday. Gibson has missed six games this season, with two DNPs included.

The Knicks are struggling in one crucial category as a result of injuries:

The Knicks have had their fair share of struggles in the rebounding category this year, earning 45.4 per game, good for 17th in the NBA. They rank 14th in offensive rebounds per game with 10.3 but impressively sit at 2nd with 6.3 blocks per contest. The presence of both Robinson and Noel is significant to the team’s success, so getting both healthy and in rhythm is a priority moving forward.

Despite their defensive prowess, the team lacks a scoring big man like Myles Turner, who can launch three-point shots and connect without much resistance. The front office may target a player like Turner at the deadline, given any are available.