Knicks are still intrigued by Victor Oladipo, but under one condition 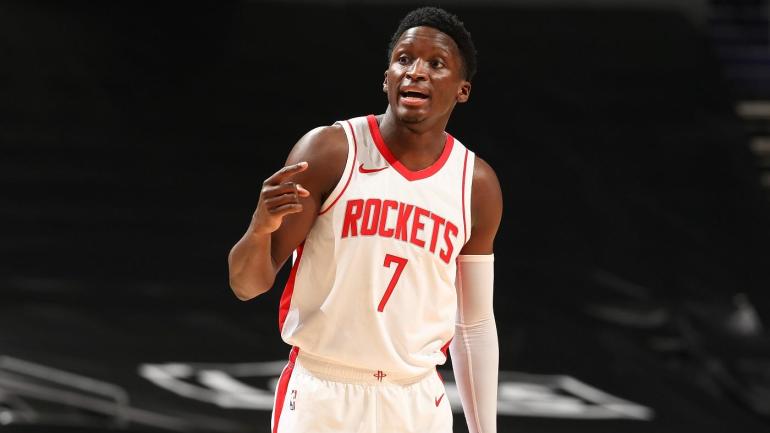 The New York Knicks are weighing their options ahead of Thursdayâ€™s trade deadline. While they have been connected to some star players this season, thereâ€™s no indication that management will make a big splash, but bringing in an influential player would significantly help the team. Head coach Tom Thibodeau feels confident with his current squad, especially coming off a dominant performance against the Washington Wizards on Tuesday evening.

The Knicks scored 131 points, with All-Star Julius Randle recording 37 and RJ Barrett 21. Letâ€™s not forget about Alec Burks, who has been on fire lately and posted 20 points over 29 minutes.

Nonetheless, that doesnâ€™t mean New York shouldnâ€™t be in the market for an upgrade, and one player continues to be linked.

The Knicks are still intrigued by Victor Oladpio but under one condition:

The Post has learned if the KnicksÂ pull the trigger on a Victor Oladipo trade, it would be with either a firm commitment he would re-sign as a free agent or agree to an extension.

The major concern with Victor Oladipo is his injury history, and rightfully so. So far this season, heâ€™s played 29 games, averaging 20.8 points and a .411 field-goal percentage. Heâ€™s hitting .333 from beyond the arc and picking up 4.7 assists and 5.0 total rebounds per game over 33.4 minutes.

When healthy, Oladipo is capable of being an extremely productive player, but the Knicks donâ€™t want anything to do with him unless heâ€™s willing to sign a long-term deal. Thereâ€™s no question he is an offensive threat, and pairing him with Julius Randle might be beneficial.

Oladipo is capable of featuring at shooting guard or point guard, meaning he could become a more versatile and dynamic player with the Knicks, who seem to always have problems at PG. There are still concerns that Immanuel Quickley doesnâ€™t have the necessary tools to be a PG just yet, as his court vision lacks at times. Oladipo has solid assist numbers and is averaging 1.3 steals per contest.

One reason Thibodeau would love Oladipo is his tenacity on defense. He brings intensity and solid technique, being named to the NBA all-defensive first team in 2017â€“18.

Based on those factors, he would likely be a positive addition, but Iâ€™m not totally convinced he can stay healthy for an entire season, that should be the Knicks’ primary concern.