Knicks add shifty guard Jaylen Hands to G-League team, what does he bring? 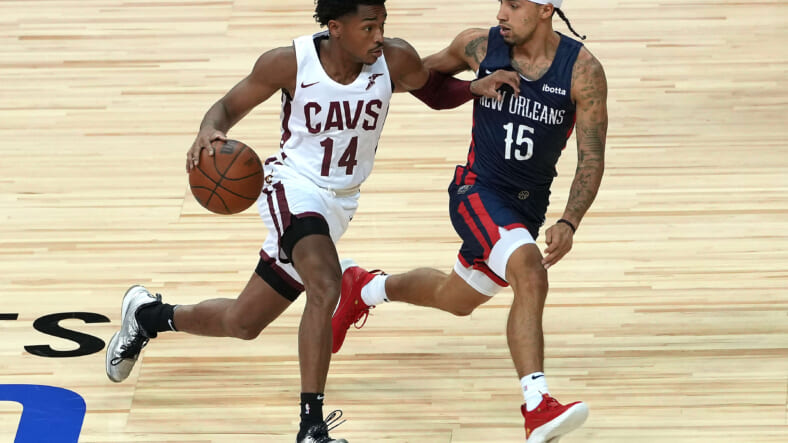 With 21 days until training camp starts for the New York Knicks, they are making a few low-key moves to bolster their G-League squad. With options like Jericho Sims likely to start his rookie season at the G-League level, the Knicks also added shifty guard Jaylen Hands in a trade with the Long Island Nets.

In exchange, the Westchester Knicks returned the rights to Bryce Brown, a 6’3″ shooting guard. Brown played a total of 43 G-League games over the last two seasons with the Boston Celtics and Knicks affiliate teams. The 25-year-old auburn product underwent surgery on his ankle last season, so the Knicks were looking for a younger option, and Hands, who is only 22-years-old, got the call.

Hands impressed during Summer League play this off-season, averaging 8.6 points, 3.2 assists, 3.0 rebounds, and 17.8 minutes per game. He shot 45.9% from the field and 72.7% from the free-throw line. He didnâ€™t attempt many three-point shots, connecting on just 1-of-7.

However, against the Knicks, he scored seven points and tallied five assists, shooting 30%. Clearly, they saw versatility in Hands that sparked their interest, proceeding to them trading for his services.

The Knicks are quite deep at shooting guard, so it will take a tremendous effort from Hands to crack the active roster at the NBA level. Heâ€™s more of a developmental player out of UCLA — at 22-years-old, they can continue to develop him as a potential role player down the road. Heâ€™s the former 56th overall pick in the 2019 NBA draft, so he is relatively raw and has taken steps forward in his growth the past two seasons.

Over the summer, Hands presented himself as a legitimate floor general. Heâ€™s a former five-star player out of high school, and while he offers more as an offensive threat, thereâ€™s room to grow on defense.

You can never have enough developmental shooting guards at the G-League level, and the Knicks are always looking for players who can run the offense adequately. This upcoming season, they will roll with RJ Barrett, Evan Fournier, Alec Burks, and Immanuel Quickley as their primary shooting guards.