Knicks: 3 takeaways from win-streak snapping loss to the Suns 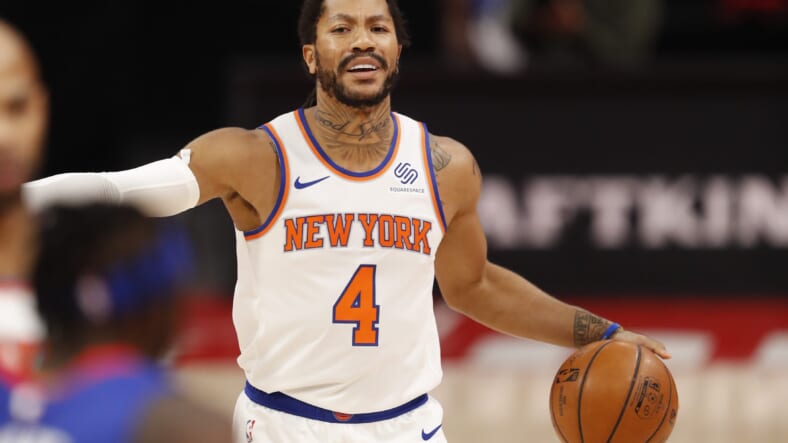 The New York Knicks fell to the Phoenix Suns on Monday evening in a competitive contest that dwindled down to the final moments. If not for a few clutch three-point shots and Chris Paul hitting several insane shots, the Knicks mightâ€™ve walked away with their 10th consecutive victory. However, it simply wasnâ€™t their night, but that shouldnâ€™t take away from how impressive their streak of success has been over the past few weeks.

Despite the loss, the Knicks still hold the fourth seed in the Eastern Conference, tied with the Atlanta Hawks, both 7.5 games back from first place. The Boston Celtics have lost their last two games, currently 1.5 games back from the Knicks and close to dropping to the seventh seed.

Nonetheless, losing to the Suns shouldnâ€™t be seen as a negative, as they currently rank second in the Western Conference, with 43 wins on the season. Theyâ€™re considered one of the league’s powerhouse teams, and New York stayed with them the entire time. If not for a few big-time shots from their star players, the result mightâ€™ve been different.

Three things we learned about the Knicks in loss to Suns:

The moment Chris Paul hit a ridiculous toss-up shot to give the Suns a five-point lead with only a few seconds left on the clock, every Knicks fan imagined what it wouldâ€™ve been like if they acquired him at the trade deadline. Instead, he took his talents to Phoenix and has been dominant this season with his new team.

Paul has a player option for the 2022 campaign, but if he elects to opt-out, the Knicks could be on his radar.

2.) The Knicks can hang with the best

As stated before, the Knicks remained extremely competitive with one of the best teams in the NBA, and while they were coming off a loss against the Brooklyn Nets, we should still remain positive moving forward.

Of course, allowing 118 points isnâ€™t exactly indicative of what the Knicks are capable of on defense, but against a high-scoring offense like Phoenix, sometimes the game slips away. New York will have a bounce-back game against the Chicago Bulls on Wednesday evening, who have been struggling as of late and represent a good opportunity for them to get back on the right track quickly.

When the Knicks traded for Derrick Rose, they didnâ€™t imagine he would be this efficient. Rose has been stellar since being acquired from the Detroit Pistons at the trade deadline. He is averaging 13.6 points per game over 25.8 minutes, and his incredible court vision has been a blessing for some of the Knicksâ€™ play-makers.

Rose has been not only an influence on the court but also a stellar mentor for Immanuel Quickley, who has seen his floater and offensive efficiency improve significantly.

President Leon Rose might even consider extending Rose for another season, as he can be an effective point guard off the bench.