Knicks: 3 keys to beating the Detroit Pistons on Thursday night 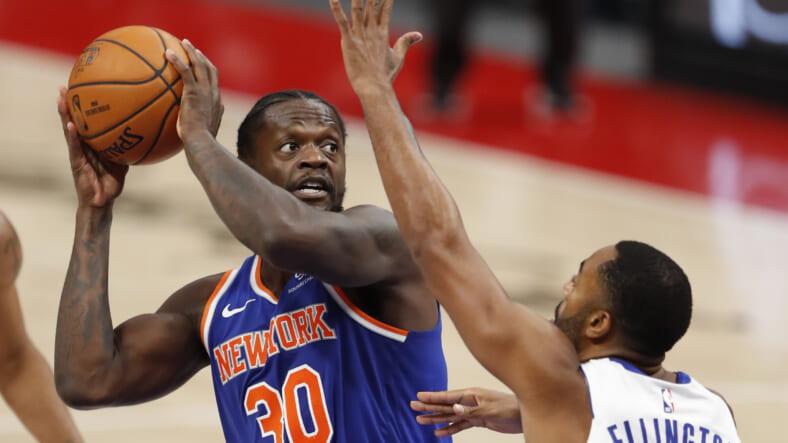 The New York Knicks are preparing to face off against the Detroit Pistons on Thursday night, a far lesser team they will offer the same competition as a San Antonio Spurs on Tuesday evening.

The Knicks fell to San Antonio on 119-93, allowing their defense to be exposed and failing to produce offensively. The second half was a complete mismatch, as the Spurs outscored New York by 15 points in the third and seven points in the fourth. An unfortunate wake-up call for the Knicks that head coach Tom Thibodeau said they deserved. Hopefully, this reality check allows them to move forward with the expectation that beating quality teams wonâ€™t be a walk in the park.

Three keys to beating the Detroit Pistons for the New York Knicks:

The Knicks saw their defense fail against the Spurs, allowing 119 points when theyâ€™re averaging just 104.4 over 36 games. Without point guards Derrick Rose and Elfrid Payton, New York undoubtedly felt the effects — the expectation is that Rose will play against the Detroit Pistons on Thursday night.

As we know, Thibodeau plays through his defense, so the very moment that collapses, the Knicks are immediately in trouble.

Julius Randle failed to make an impact again San Antonio, scoring just 14 points over 31 minutes. It was clear that they attempted to lock him down and force other players to beat them, and their plan worked to perfection. Luckily, the Pistons offer no such defense and will easily be steamrolled by a player of his magnitude.

3.) The return of Derrick Rose

Rose was shut down due to COVID-19 protocols against the Spurs, but after inconclusive tests, thereâ€™s a good chance heâ€™s able to play against Detroit at The Garden.

As long as his pregame tests come back negative, he should be available. With that being said, it was clear how much the Knicks missed his presence on both sides of the ball, especially when it came to his court vision and ability can to control the team in transition.

Frank Ntilikina struggled in many facets, as heâ€™s not a natural scorer, and his defense wasnâ€™t enough to hold down the team in the absence of Rose.