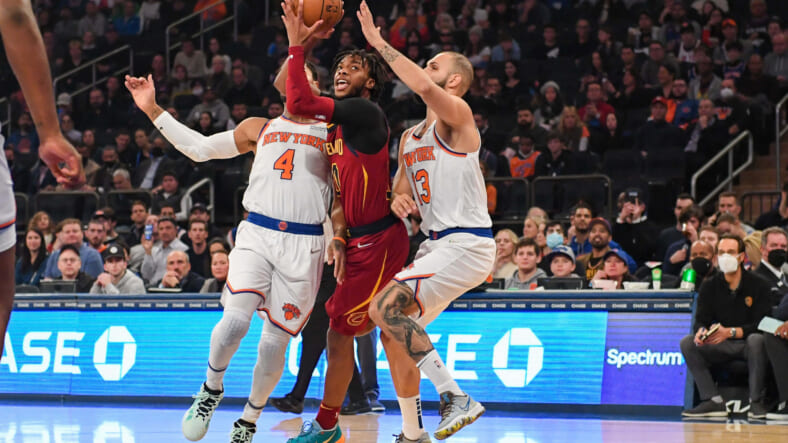 The New York Knicks hosted the Cleveland Cavaliers on Sunday evening, looking to extract their second consecutive win after overcoming the Milwaukee Bucks away on Friday night.

However, their attempt to stifle Cleveland went unsuccessful, as veteran point guard Ricky Rubio went parabolic from three-point range, posting 37 points and hitting 8-of-9 three-point attempts. He also contributed 10 assists in the win over 31 minutes, showcasing the most efficient offensive performance in his career.

The Knicks struggled significantly guarding the perimeter as they tried to stop center Jarrett Allen from dominating the interior. Without Collin Sexton in the second half, Cleveland didn’t miss a beat, relying on Darius Garland and Evan Mobley, who contributed 16 and 26 points apiece.

Cleveland entered the game as the 20th ranked three-point shooting team but hit a staggering 54.3% from range, a season-high. The Knicks, on the other hand, posted 29% from deep, as RJ Barrett struggled, finishing with the six points and missing all six of his three-point attempts. Without Kemba Walker, the team lacked an offensive spark at point guard, despite Immanuel Quickley having a solid contest, scoring 12 points in 20 minutes.

Not a single player in the starting team featured a positive +/-, with Julius Randle leading the squad with 19 points, seven assists, and seven rebounds. While the Knicks shot far better from the free-throw line in this game, finishing at 91.7%, they simply donâ€™t have good enough defense to match opposing teams shooting above 40% from three.

Oddly, the Knicks have been tantalized by poor three-point shooting teams in recent days, which has put them at a disadvantage, despite their success in the category. Clearly, defense remains a significant problem early in the season, which is something that head coach Tom Thibodeau will be looking to fix as the campaign progresses.