Jay Wright the next coach of the New York Knicks? 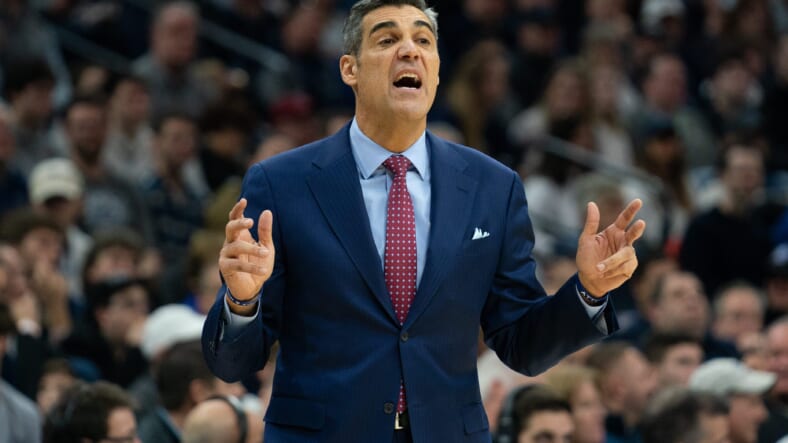 You can add Jay Wright to the short list of possible candidates to be the next head coach of the New York Knicks.Â  A league source says, according to Forbes Adam Zagoria.

Others that have been linked to the Knicks are Jeff Van Gundy, of course, Mark Jackson and Tom Thibodeau.

Wright didn’t comment this time around when asked about the Knicks job.Â  However, he did when being linked to the job when the team went with with Jeff Hornacek in 2016.Â  Ultimately, Wright just didn’t want to leave Villanova.

While Wright is an above-average college coach, transitioning to the NBA will be difficult.Â  Last season John Beilein, went from Michigan, a top program, to Cleveland.Â  The Cavaliers are in the processing of rebuilding so Beilein has a tough task at hand.

If Wright were to be chosen by the Knicks, his path will be similar to Beilein.Â  It wonâ€™t be easy since the Knicks are also rebuilding.Â  Plus, the Knicks are in a worse spot than the Cavailers.

The New York Knicks need a coach with experience.Â  Not saying Wright doesnâ€™t have experience but itâ€™s at the college level. The NBA is a different animal.Â  Coaching professionals is a lot harder and complicated than teenagers.

The 3 coaches, Van Gundy, Jackson and Thibodeau, all have the experience with professionals that the Knicks need.Â  They need a non non-sense coach with the ability to control the locker room and hold players accountable.

Mike Miller has done that to an extent and has done well with the talent available to him. While he may be doing an above-average with the Knicks, they need someone whoâ€™s going to command more of the team.