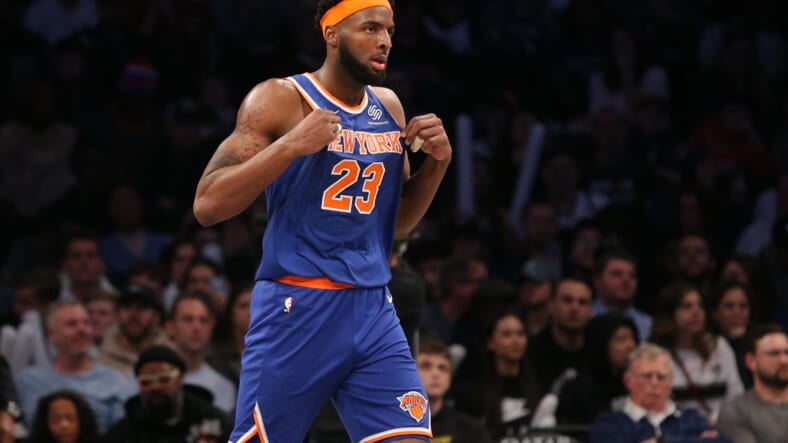 While the New York Knicks were dominating the Washington Wizards on Friday evening, starting center Mitchell Robinson suffered a significant right-hand injury. After exiting the game toward the end of the second quarter, Robinson was seen holding his hand and shaking it, in obvious pain.

The Knicks have confirmed that Robinson suffered a fractured right hand and will be re-evaluated tomorrow in New York.

X-rays revealed that Mitchell Robinson fractured his right hand. He will be re-evaluated tomorrow in New York.

Prior to going down, Robinson was averaging 8.4 points per game, 3.5 offenses rebounds, and 8.2 total rebounds. He was shooting a career-low .653 from the field but was dominant before being pulled against Washington.

In just the first half, Robinson scored 10 points and recorded 14 rebounds, including five offensive rebounds. An unfortunate turn of events, as Robinson was gaining momentum and positive growth in Tom Thibodeau’s scheme. Fractures can keep players out for weeks, so we will have to see what the doctors say about the injury before determining a timeline for return.