How different is the Knicks’ point guard unit compared to last year? 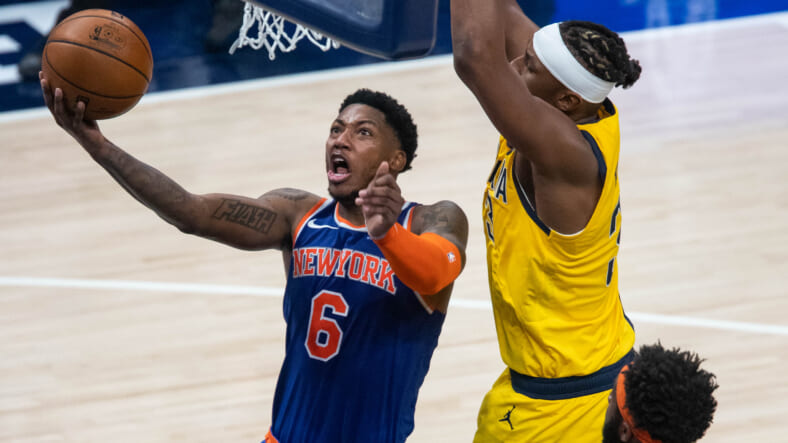 The New York Knicks made it a priority to overhaul their point guard position this off-season, but they put forth an interesting plan that will rely on two starting-caliber players to balance each other out during a long 82-game regular season.

However, the group is far different than it was just a year ago when head coach Tom Thibodeau was preparing to embark on his first season as the Â Knicks head coach.

Some categorize former rookie Immanuel Quickley as a point guard, but these were the primary players the Knicks were working with at the position at this time last year. Of course, by the end of the season, they had traded for Derrick Rose, supplanting Payton as the primary starter.

Payton, who was signed in 2019, played in 63 games last season, averaging 10.1 points, 3.2 assists, and shooting 43% from the field. However, he was an abysmal three-point shooter, connecting on less than 29% of his shots from range. He was also a 68% free-throw shooter, showcasing awful numbers. The former first-round pick was quickly forgotten about once Rose joined the ranks, and despite Thibodeau trying to work him in to start a group, he played himself out of any potential minutes.

In fact, Thibodeau looked to Quickley toward the end of the season to offer scoring production rather than Payton, who could barely run the offense as a floor general. The team realized they must take a different approach to the position, allowing Payton to walk in free agency and focusing their sights on big improvements. I would also be remiss not to mention the Dennis Smith Jr. experiment, as the Knicks traded him to the Detroit Pistons in exchange for Rose, which ended up being an absolute steal.

Fast forward to the present day, and the Knicks have a unit consisting of two starting level players, one solid rookie out of West Virginia, and Quickley, who spent the Summer League running the offense and working on his game in the paint.

The addition of Walker will prove to be massive for a team that lacked a true scorer at the point guard spot. Last season, Walker only played in 43 games, but he averaged 19.3 points, 4.9 assists and shot 42% from the field while on the floor. The balancing act between Rose and Walker will prove to be a massive positive for a team thatâ€™s tasked with mitigating fatigue for both veteran players.

Rose averaged nearly 15 points per game during his time with New York last season, and combining his production with Walker will far outweigh the value that Payton brought to the team. In addition, the roster also has depth at PG now, instead of relying on players like Alec Burks to supplement deficiencies as injuries popped up throughout the 2020-21 season.

Having a player like McBride, who looked sharp during Summer League play, is a massive benefit for the team. McBride average 27.7 minutes over six games this summer. He posted 15.2 points, shooting 53% from the field and 50% from three-point range. He also shot 87.5% from the free-throw line and tallied 3.5 assists and 3.5 rebounds per contest.

In addition, McBride is known for his defensive attributes, having the longest wingspan and hand size of any point guard in the most recent draft class. While he is raw in some portions of his game, the Knicks could rely on him to offer solid play if called upon due to injury.

The two units arenâ€™t even comparable, as the Knicks roll into the season with strong points that were weaknesses just a few months ago.