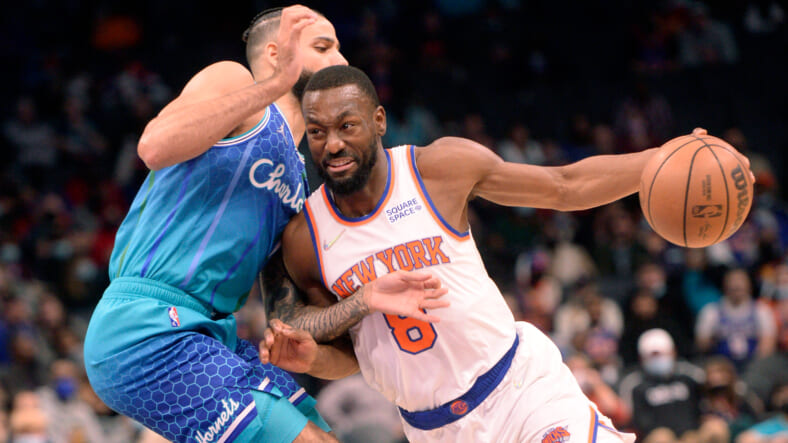 The New York Knicks took on the Charlotte Hornets on Friday night in what felt like a playoff game, experiencing ebbs and flows with big deficits and resilient comebacks.

However, the Knicks blew another double-digit lead in the defeat, as the starters struggled once again to provide adequate defense and consistent scoring. All-Star power forward Julius Randle finished with 10 points, missing three free throws down the stretch that wouldâ€™ve pulled the Knicks within range of a last-second comeback. Evan Fournier contributed five points, and RJ Barrett posted just two, going 1-for-9 from the field and missing both of his attempts from three-point.

The only starter that showed respectable numbers was Kemba Walker, who recorded 26 points, hitting 4-for-9 three-point shots and 9-for-18 from the field.

The Knicks’ reserves were the only saving grace, providing quality defense and intensity, climbing back from a double-digit deficit in the fourth quarter. Alec Burks contributed 15 points, and Immanuel Quickley nine points, as the pair combined for six three-point shots and 11 rebounds.

Ultimately, New York provided ample effort but simply couldnâ€™t escape with a win after the stars failed to contribute in the waning moments. They held Charlotte, the league’s top three-point shooting team, to just 27.8%, presenting a resilient defensive effort. One of the keys to stopping the Hornets was the limiting of Miles Bridges, who posted 24 points in the win.

The Knicks will now look ahead to the Indiana Pacers on Monday evening as their next opponent, dropping three of their last five games.