Grading The Draft For The New York Knicks 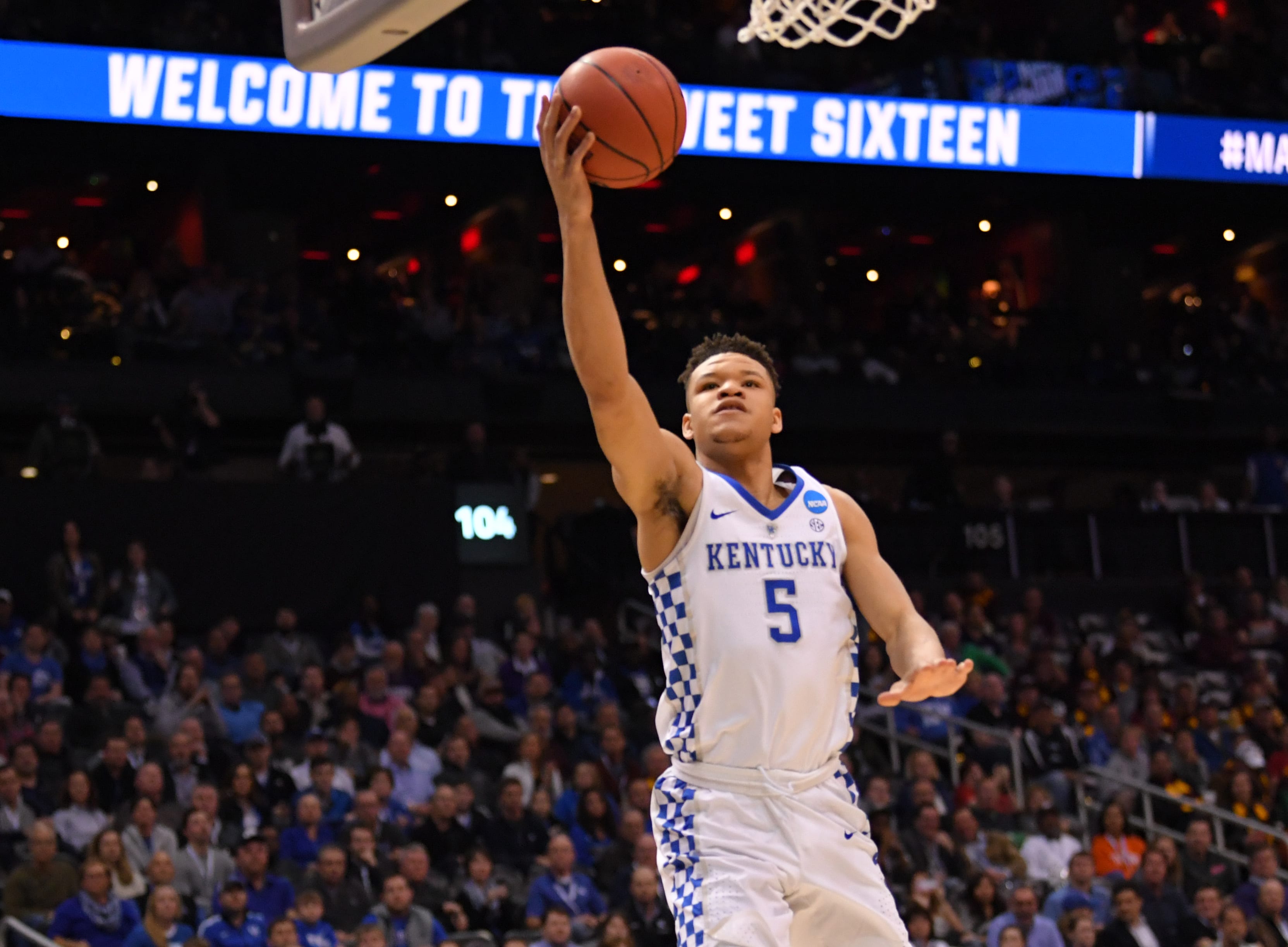 Did the New York Knicks finally get it right in this year’s draft?

After much anticipation of whom the Knicks might select, the time has finally come and with the 9th pick – the New York Knicks drafted Kentucky star freshman, Kevin Knox. Knox is a 6’9 forward with close to a 7-foot wingspan and a 9-foot standing reach. All of those measurable are unteachable. He’s an athletic wing. While he only shot 34% from deep in college, he’s got a pretty stroke and projects to be good shooter from the outside on the next level.

Who should they have taken?

Most fans who attended the draft clearly wanted Missouri Forward, Michael Porter Jr. When Cleveland drafted Collin Sexton with the 8th pick, Knick fans across the Barclay’s Center all felt a sigh of relief and a rush of excitement that they may actually get a player who was once a top 3 projected pick.

As we know, they passed on MPJ for seemingly obviously reasons and grabbed Knox, much to the dismay of numerous fans in attendance.

This was clearly the right choice. Porter Jr. was saddled with a back injury for all but 53 minutes in his lone year at Missouri. He reportedly failed multiple physicals and had to cancel workouts due to a bad hip. Can he turn out to be a star? Absolutely. But once he had to cancel workout, the Knicks had to pass on him. Hell, NBA Legend Jerry West passed on him – twice.

Mikal Bridges is a nice player but he is going to start his NBA career 3 years older than Knox and doesn’t project to be a major impact player on offense.

Drafting Knox proves that Scott Perry and Steve Mills are ready to build up the right way. For years, the Knicks have always overpaid for average players past their primes and never properly built a roster with capability of sustaining success. Knox doesn’t turn 19 until August 11th. Frank Ntilikina will only be 20 next season. They don’t seem to have any intention of signing players to long term deals this upcoming free agency but it’s still too soon to tell.

Coach Fiz has no pressure to win this year and should focus on developing the youngsters and that means letting Kevin go through growing pains this year.

Long term? Can he be the next Paul George? Maybe he is a bigger version of Suns star Devin Booker? The talent is there. He can be your coveted wing for the future and go to scorer. If he works hard and continuously improves, there is no reason that he can’t be one of the best to come from this draft class and a future Eastern All-Star.

Where the heck was Mitchell Robinson this past year?

The Knicks took 7”1 center, Mitchell Robinson with the 36th pick in the draft. Robinson is the ultimate “boom or bust” player. He is freakishly long and athletic as seen in this short clip. He can be of great value to the Knicks or to any for that matter, however, he need to apply himself mentally.

Mitchell Robinson was ranked 11th overall by ESPN coming out of High School just behind top 10 picks Jaren Jackson and Kevin Knox. He originally committed to Texas A&M until de-committing shortly after. He then went on to commit to play for Western Kentucky, the highest recruit they have got in decades until he one day just packed his bags and left the campus.

Is this cause for concern? Of course it is. He trained on his own and he didn’t play any competitive ball over the year. No one really knows how his development progressed and there are obvious character concerns. That being said, that’s primarily the reason he dropped to the second round.

He has the talent and physical tools to become the next Clint Capella or Hassan Whiteside. I would be patient with him, get him some NBA minutes and some G-League time. I am really optimistic about him as an athlete. He can be one of the best centers in this draft and a key contributor to the Knicks and a backup center or starting next to KP. I am happy with the selection, the second round is usually reserved for question marks like Robinson and we could only hope we get a steal.

How will UDFA Allonzo Trier help the team?

The once highly touted guard didn’t have the best college career. He was signed shortly after the conclusion the NBA draft. He missed 7 games in 2016 due to a hand injury. In 2017, he was suspended for 19 games for violating the drug policy.

He did however have some success on the court. As a sophomore, he earned second-team all-conference honors in the PAC-12 and was named the most outstanding player in the PAC-12 Tournament. In 2017-18, Trier scored 18.1 PPG on 50% shooting while nailing 38% of his triples, not bad for a 6”5 athletic guard.

He has the talent to become a solid scorer off the bench in the NBA and can prove that in the summer league. He is a 3rd year player so we usually know what they are but there have been players like Draymond and Paul Millsap that exceeded all expectations. Obviously that isn’t whats expected of him, however, you never know.

Overall, for the first time, I really thought the Knicks did everything right. Knox was the right pick whether he pans out or not. Robinson has a TON of talent and for the second round, you accept that. Trier can maybe turn into a bench player this year and gives them more flexibility to trade Courtney Lee. Now it’s just up to the coaching staff to develop this newly acquired talent and for the players to work hard and bring a ring to the Mecca.

The Knicks earned a solid grade this draft simply because of the pure youth they added to the team. They drafted high reward players that have plenty of of room to grow, resulting in a good draft.