Devin Vassell ‘has some fans’ in the New York Knicks organization 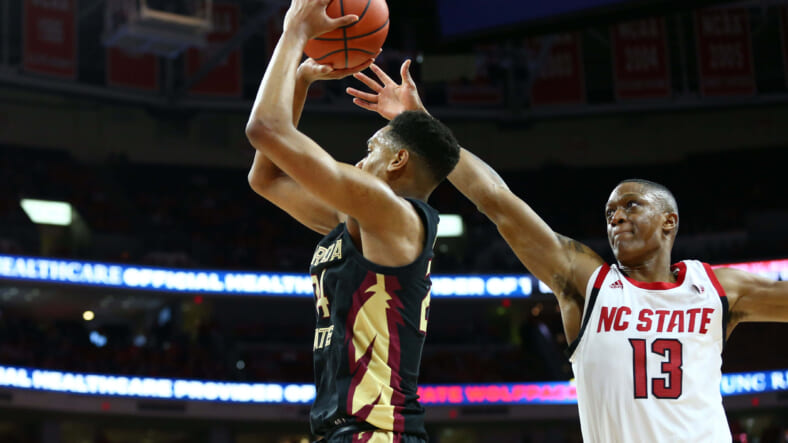 The New York Knicks will select eighth in the 2020 NBA Draft after falling two spots in Thursday night’s draft lottery.

According to Ian Begley of SNY, Florida State wing Devin Vassell “has some fans” in the Knicks organization.

Vassell, a two-year player at Florida State, saw his minutes spike last season, going from 10.7 minutes in his freshman season to 28.8 minutes per contest in his sophomore season. Last season he started all 30 games he appeared in.

The Knicks will select in the top 10 of the NBA Draft for the fourth consecutive year. Last year they selected Duke wing RJ Barrett with the third pick; the year prior they selected Kentucky forward Kevin Knox with the ninth pick; in 2017 they selected French point guard Frank Ntilikina with the eighth pick.

The Knicks have three selections in this year’s draft: their own first-round pick, the Los Angeles Clippers’ first rounder (27) and the Charlotte Hornets’ second rounder (38).

Another option for the Knicks is selecting a lead guard at eight. Guards who could be available at eight include Killian Hayes, UNC’s Cole Anthony, Iowa State’s Tyrese Haliburton, Kentucky’s Tyrese Maxey and Alabama’s Kira Lewis.

The NBA Draft is scheduled to take place on Oct. 16.