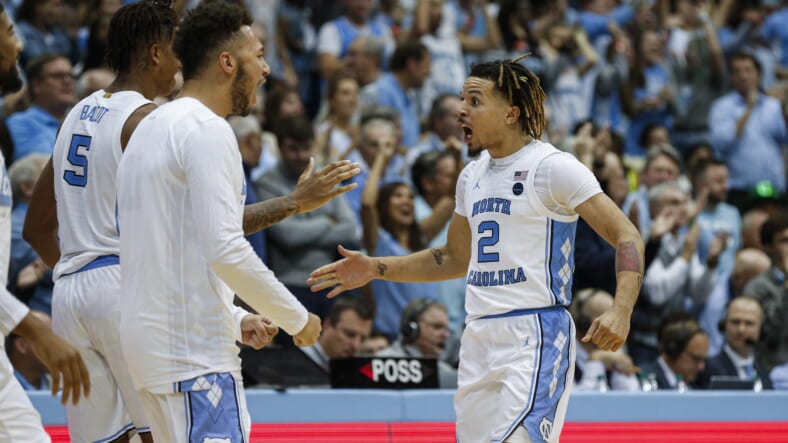 The New York Knicks need a point guard.Â  Theyâ€™ve been trying out several point guards over the years but canâ€™t seem the find the right one.

Elfrid Payton took over the Knicks point guard duties mid-way through the season and did a fine job.Â  He was by far the best point guard on the team, Frank Ntilikina next then Dennis Smith Jr.

The Knicks need a true point guard but one that can also score.Â  The team wants more of a pass first guard instead of scorer.Â  But they need a solid dose of both.

Upper west side native Cole Anthony grew up liking the Knicks.Â  Son of former Knick, Greg Anthony, is projected to be a top 10 pick in this upcoming draft.Â  Anthony think â€œit be pretty coolâ€ to be a Knick.

Anthony played his college ball at North Carolina.Â  He averaged 18.5 points, 5.7 rebounds, and 4.3 assists last season.Â  His play is more aggressive and attacking rather than pass first.Â  He also shot 34.8 percent from beyond the arc.Â  The Knicks can certainly use his scoring and work on the passing.

If the Knicks want an everyday one guard to pair with RJ Barrett at the two guard, Anthony is a viable option.Â  But the Knicks allegedly want a pass first guard so Anthony might not be in the mix.

It really all depends on where the Knicks land in the lottery.Â  They could be in the top four where the chances of landing Lamelo Ball go up.Â  However if theyâ€™re outside the top four, Anthony is now in play.

Anthony could be a good option for the Knicks.Â  He has the ability to score and attack which is what the Knicks need in a starting point guard.Â  Being aggressive and attacking the rim in the NBA will draw defenders to him then allow him to distribute the ball to his teammates.Â  The passing will be come.

As much as the Knicks need a facilitator, they need a point guard that can score.Â  Anthony would be a good pick for the New York Knicks if they want an everyday point guard.