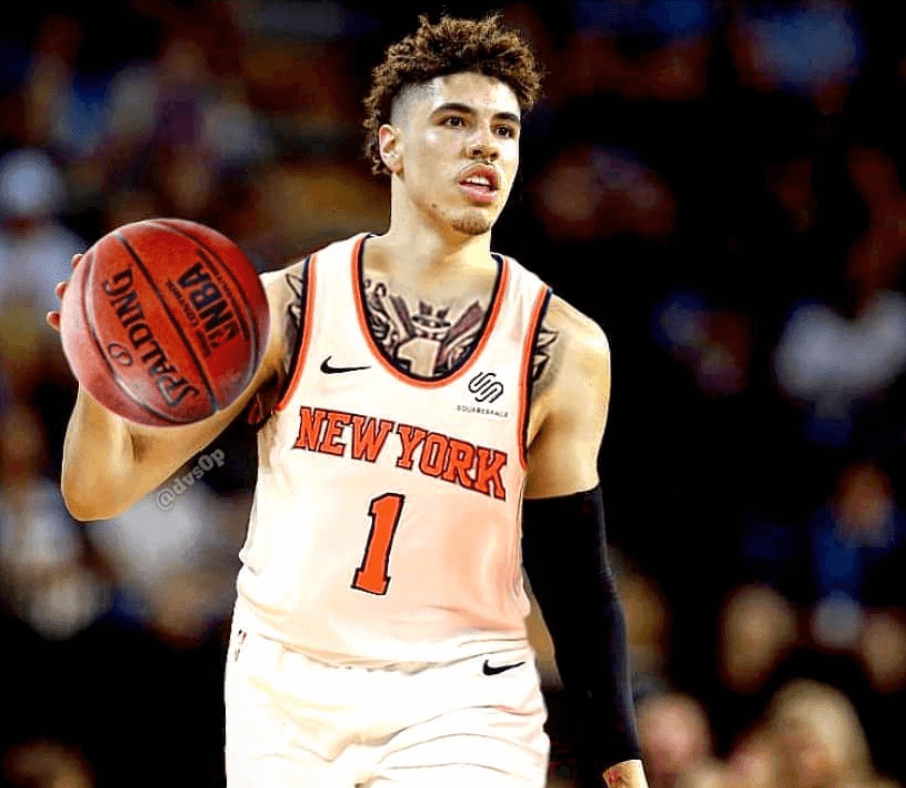 The New York Knicks and their bad luck secured the number eight overall pick in the 2020 NBA draft, but their goal might still be to still land LaMelo Ball.

While some might say the upcoming draft is underwhelming with talent, Ball represents one of the better players. He would fill an immediate void for the Knicks at point guard, and per a report from SNY, the Knicks want him. Reports have also indicated that Ball prefers to land in New York, where he can execute his skill-set and become a glorified star.

The primary issue at this point is where the Knicks are drafting at number eight. If they can manage to climb the ladder to the second overall pick, they would be in a good position to land Ball, who’s currently playing overseas. However, it will cost them quite a lot, as they would have to strike a deal with the Golden State Warriors.

Hereâ€™s what CBS proposals for the New York Knicks and Warriors:

With the Warriors trading back in a theoretical scenario, they target Deni Avdija, who plays for Maccabi Tel Aviv. He is reportedly tailor-made for the Warriors’ system, making him a great option in a trade-back scenario with the Knicks, who can’t resist the Lamelo Ball temptation.

Avdija is tailor-made for the Warriors system as a big wing with excellent playmaking ability and the makings of a strong 3-point stroke. Golden State is obviously hoping to get contributions right away, and while Avdija will have a strong learning curve on the offensive end, his basketball IQ should earn him playing time from the jumpâ€¦

To land the number two overall pick, it is possible the Warriors demand center Mitchell Robinson, who represents one of the Knicksâ€™ best young players. Of course, trading him away would be an awful loss, but might be worth it if they are able to secure Lamelo in the process.

Their young foundation would still be strong, but they would also need to bring in some talented veterans to help make the team competitive. They do have Julius Randle still on the roster, but reports have also indicated they might be looking to trade him.