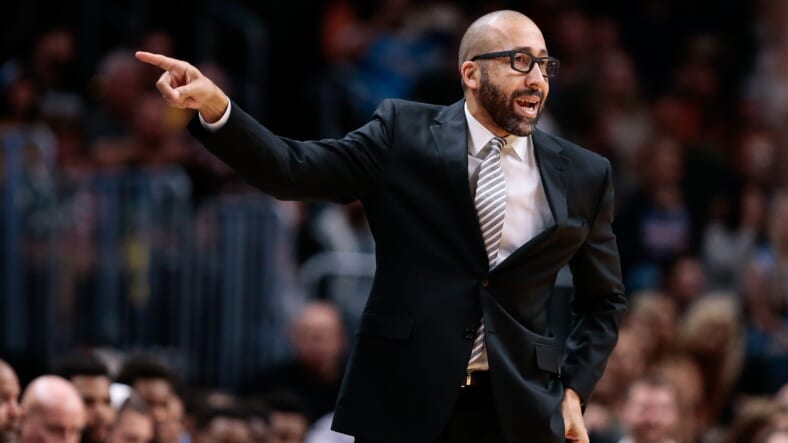 The New York Knicks have fired head coach David Fizdale after a disappointing 4-18 start the regular season. Fizdale was expected to help form a young core of players that consisted of PG Frank Ntilikina, RJ Barrett, Dennis Smith Jr., and others, but was unable to create a winning atmosphere through 22 games.

The reality is, Fizdale was given a roster in shambles to work with. The players had no chemistry and were loaded at the power forward position. He did very little to maximize the talent he did have on the roster. His lineups were poor on a daily basis and there was no consistency on the floor, regarding movement or shot selection.

This was a move the Knicks had to make after such a poor start. The Knicks also dismissed assistant Keith Smart, who spent a majority of the offseason working with Smith Jr. to refine his shot efficiency and selection.

Several days ago, Fizdale stated after a tough loss to the Nuggets, the effort his team displayed was “sickening.”

When asked about his job security:

“I don’t care about all of that, I don’t even think about that really,” Fizdale said.

Last month, Mills and general manager Scott Perry held a news conference to express their displeasure in regards to the team.

“Scott and I are not happy with where we are right now,” Mills said. “We think the team is not performing to the level that we anticipated or we expected to perform at, and that’s something that we think we collectively have to do a better job of delivering the product on the floor.”