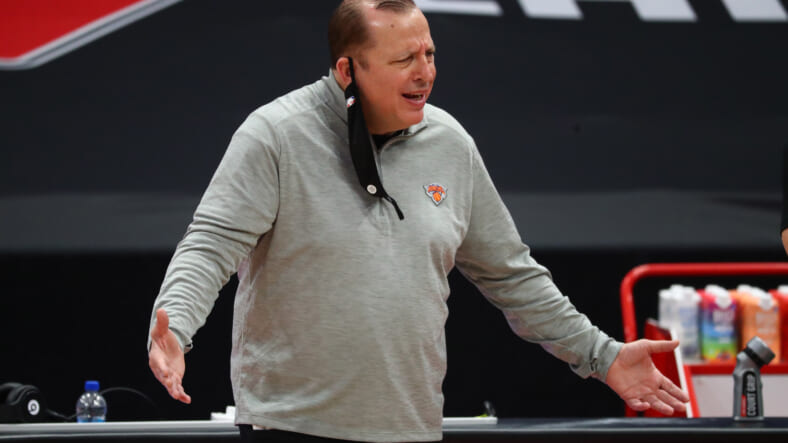 After trading away the 19th overall selection, the New York Knicks elected to take a similar path with the 21st overall pick, trading it away to Los Angeles Clippers.

With serious needs at point guard and need at center behind Mitchell Robinson, the front office is taking an interesting approach that centers around patience. It’s clear they’re gearing up for the future, where they can allocate draft capital to trade for a bonafide star. In the Knicks’ place, the Clippers will select Keon Johnson out of Tennessee.

Clippers will send No. 25 to New York and a future second, per source. Clippers are targeting Keon Johnson at No. 21. https://t.co/FRWvThyVpM

However, the Clippers sent them the 25th pick in return in addition to a future second-rounder. A solid deal for a team that feels they can grab their top target on the board while adding more draft value for the future.