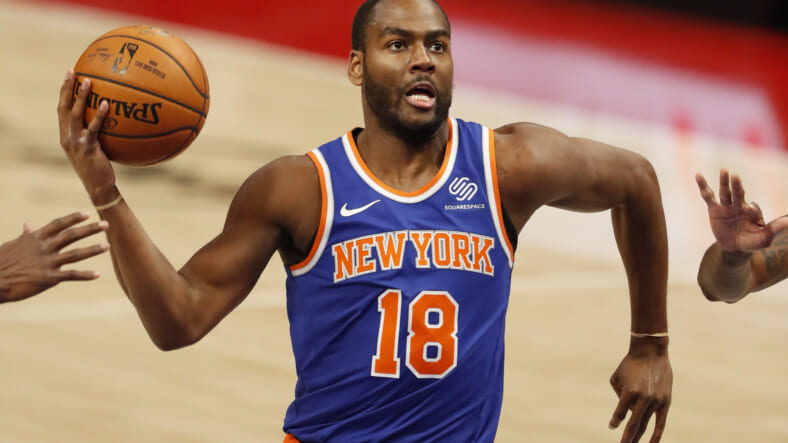 According to Adrian Wojnarowski of ESPN, the New York Knicks have agreed to bring back Nerlens Noel and Alec Burks on individual three-year contracts.

Burks will stay with the Knicks for three years, $30 million, and Noel, three years, $32 million, signing very similar contracts that provide offensive and defensive proficiency on both ends of the floor.

Last season, Burks averaged 12.7 points, 2.2 assists, and shot 42% from the field. He impressively connected on 41.5% of his shots from range, averaging 5.0 attempts per game. Alec is a quality offensive play-maker, coming off the bench and giving the Knicks immediate point production when they needed it most. He can play both small forward, shooting guard and fill in at point guard if necessary.

They clearly value the former first-round pick, as his contract will expire at 33 years old. Continuity remains a priority for New York, as they also brought back Noel, who posted a career-high 2.2 blocked shots per game during the 2020-21 season. While he doesnâ€™t offer much on offense, averaging 5.1 points, he is a solid complement to Mitchell Robinson, who will earn $1.8 million after the Knicks picked up his club option.

Expect the Knicks to be very active over the next few days, if not hours. They have approximately $17 million remaining in cap room with $15 million tied up in cap holds for Derrick Rose, Reggie Bullock, and $3.3 million in non-guaranteed money with Luca Vildoza.