3 keys for the Knicks to take down strong Cavaliers team 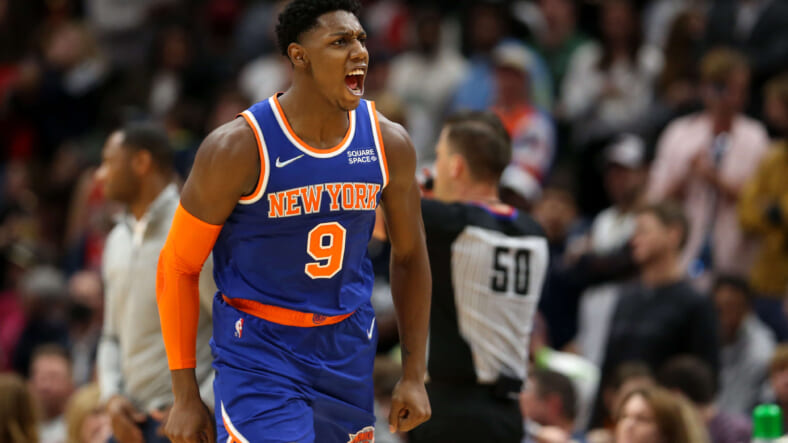 The Cleveland Cavaliers believe they have something special brewing, but the New York Knicks would say the same. Both teams have six wins on the season, with New York losing three and Cleveland losing four. The Knicks and Cavs are coming off significant victories against the Milwaukee Bucks and Toronto Raptors, respectively.

This will be an exciting contest centered around physicality and hustle. Cleveland has won their last three games, showcasing an intriguing duo of guards in Collin Sexton and Darius Garland.

However, the Knicks are featuring one of the league’s hottest players in RJ Barrett, and All-Star power forward Julius Randle is coming off arguably his best game of the season, scoring 32 points on 50% shooting from the field.

We should expect an absolute battle in this one, but letâ€™s take a look at some of the keys for the Knicks to emerge victorious.

Three keys for the Knicks to take down Cleveland:

One of Clevelandâ€™s most productive players this season so far is Jarrett Allen, who is averaging 14.6 points, 11.1 rebounds, and one block per game. Allen is a modernized center, showcasing quality scoring efficiency. He is not a deep threat like Myles Turner but is incredibly productive in the paint with his physicality.

This will be a tough matchup for Mitchell Robinson and Nerlens Noel but expect the Knicks to utilize them in a balanced fashion to keep fatigue low and energy high against Allen. After the win against the Bucks, Noel indicated a “Twin Towers” approach with Mitch, providing consistent play and similar strengths.

Cleveland is the 25th ranked three-point shooting team in the NBA, giving the Knicks a significant advantage in the category. New York currently sits at 4th in the league, hitting 37.6% of their shots from range. If they can put together an adequate percentage from deep, it will give them a big edge over a team that simply canâ€™t match them.

The Knicks rank 10th in three-point attempts per game while Cleveland is at 26th, meaning it is primarily not a big portion of their strategy, rather settling for mid-range looks and driving to the rim.

With RJ Barret averaging 25 points over his last five games, they will need him to continue dominating and leading the offense. On the season, Barrett is shooting 47.4% from the field and 40% from three-point range, averaging 19.2 points. This is by far the most efficient campaign in his young career, and they will need him to stun Cleveland as the momentum shifts throughout the game.

Cleveland has developed a strong pair between Collin Sexton and Darius Garland. Sexton is averaging 16.8 points and 1.9 assists, while Garland is contributing 15.4 points and 7.9 assists. Garland, who was drafted back in 2019, is having his best shooting season yet, presenting the Knicks with a formidable challenge.

They will need solid defense from their point guards, and with Immanuel Quickley showing great energy last game, I would expect to see him get a bit more action guarding one of the two guards from Cleveland. Limiting both of them is easier said than done, but if the Knicks can play aggressive and intense defense, especially against Garland, they should have a good chance at winning this game.