2 underrated Knicks who are making a significant impact 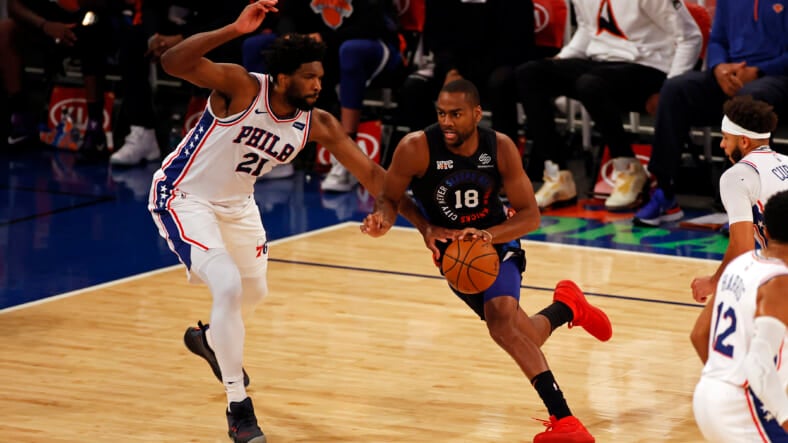 The New York Knicks are coming off an impressive win over the Detroit Pistons on Thursday evening just ahead of the All-Star break. The Knicks will have a week to rest up and heal their bodies before facing off against a strong Milwaukee Bucks squad. The team is one game over .500, climbing back from being down five games at one point, showing resiliency and compounding growth.

However, every player has played an integral part in their recent success, and there are two specific pieces that have made an impact in their own way.

Two New York Knicks who are being undervalued with latest success:

With Starting center Mitchell Robinson missing several weeks with a fractured hand, reserve option Nerlens Noel has risen to the occasion. At 26 years old, Noel has been a menace on the boards, averaging 2.1 offensive rebounds and 6.1 total rebounds, the highest since his 2015 season. Heâ€™s averaging the most blocks in his entire career at 2.0 per game, scoring 4.9 points over 22.2 minutes.

In the win over Detroit, he logged 12 points, 11 rebounds, four steals, and two blocks. Heâ€™s been absolutely phenomenal on defense, helping New York dominate the boards and offer secondary opportunities to their shooters.

Head coach Tom Thibodeau prefers defensive-minded players, and Noel has provided that spark and then some. He has supplemented the loss of Robinson extremely well, and I would be surprised if he didnâ€™t earn more minutes even after the youngster returns.

One of the more underrated players for the Knicks has been Alec Burks, who always seems to rise to the occasion when a three-pointer is needed in the fourth quarter. Several days ago, Burks scored 19 points in the fourth quarter to help the Knicks to a victory, showing off his ability to get hot from the field. While he remains a reserve option, he has solid court vision and seems comfortable with the ball in his hands. Heâ€™s averaging 11.1 points over 24.7 minutes this year while also helping with 2.0 assists and 4.3 rebounds.

Burks seems to be a fantastic rotational piece that can provide offensive prowess when called upon. With the Knicks playing aggressive defense, it is always good to have a shooter who can score points quickly and give some of the starters a rest. At 29 years old, heâ€™s a valuable veteran that adds to the team.