2 players who are dragging the Knicks’ first team down 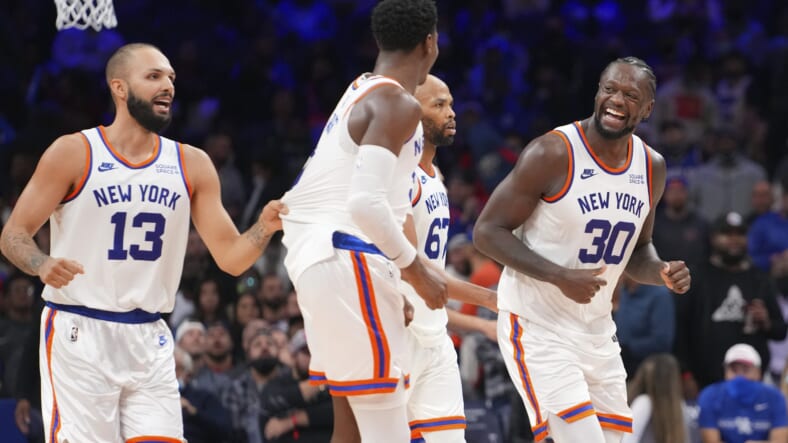 The New York Knicks have identified themselves as an inconsistent team, losing three of their last four games and dropping an embarrassing one to the Orlando Magic on Wednesday night. In the defeat, the starting team once again came up short, as two of their primary starters recorded just 10 points combined. Julius Randle logged 13, and RJ Barrett contributed 17 but missed all seven of his three-point attempts.

Randle commented after the game regarding the team’s lackluster performance, indicating they are still trying to find their rhythm.

â€œIt hasnâ€™t been great,â€ Randle said of his play this season. â€œLike I said, a lot of this stuff is rhythm, trying to find each other out. I think itâ€™s been exactly how the season went. Thereâ€™s been good days and thereâ€™s been not great days. Thatâ€™s pretty much who we are right now. Weâ€™re not a consistent team, a consistent basketball team yet, but weâ€™ll get there.â€

Randle hasnâ€™t seemed like himself at times this season, but two players have made life increasingly difficult for him.

Two players dragging the Knicks down:

When the Knicks acquired Evan Fournier via free agency this past off-season, they envisioned a high-profile scorer who could replace Reggie Bullock and contribute more as a creator. However, Fournier has been disappointing lately, recording double digits in just one of his last four contests. Evan has shot below 33% from range in all five, making little to no impact.

If Fournier isnâ€™t contributing on offense, heâ€™s rather useless considering his defensive qualities. Heâ€™s slow to react to ball carriers and relies on steals to provide any positive metric. On the season, heâ€™s shooting 35% from deep and averaging 12.2 points per game, far less than the Knicks expected when they initially signed him. However, it is a long year, and thereâ€™s plenty of time for him to find his groove, but it starts with simplifying things.

The veteran guard has found himself running in circles, trying to find the right spot on the floor, which has confused his teammates and put him out of position at times. Fournier needs to settle in the corner and simply offer a kick-out option for the primary playmakers like Randle — his chicken with his head cut-off strategy is doing more harm than good.

Until he finds his place within the starting team, the Knicks will continue relying on the second unit to supplement deficiencies. This is clearly not the elite defensive team we experienced last season.

Speaking of inconsistent, veteran point guard Kemba Walker has found himself struggling in various categories. Over the past five games, Walker has recorded two contests with double-digit points, but another two with five points or less. Against Orlando, one of the worst teams in basketball, he contributed five points and shot 33% from deep and 28.6% from the field. With an All-Star caliber player providing little to nothing on offense, heâ€™s virtually useless given his defensive qualities.

The Knicks have two players in Fournier and Walker who arenâ€™t producing at an efficient level, and given the fact neither are considered offensive-minded players, this has left a significant void and presented a significant vulnerability.

The problem is, if Tom Thibodeau tries to change the player combinations and dismantle the second team, they will disrupt the only consistent portion of their squad at the moment. They need to let the starting unit figure things out on their own without making too many changes.