What if the Jets had drafted Dan Marino? 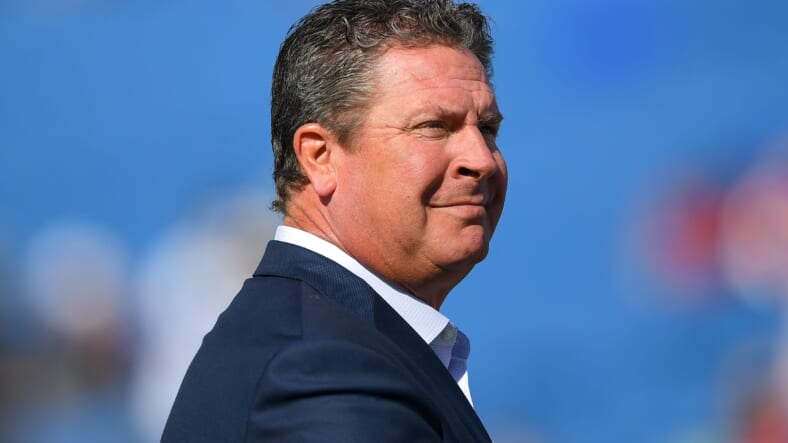 The New York Jets have one Super Bowl title in their history. That was all the way back in 1969 with Joe Namath, the greatest quarterback the team has ever had. Since then, players such as Richard Todd, Chad Pennington, Mark Sanchez and Sam Darnold have manned the helm, to name a few.

Another player worth mentioning is Ken O’Brien, who was drafted to be the “quarterback of the future” in the 1983 draft. They drafted him with pick 24. Who was still available and selected three picks later by the Miami Dolphins? Dan Marino.

O’Brien was selected to two Pro Bowls, but Marino made it to nine Pro Bowls, a Super Bowl and the Hall of Fame. So, the question looms: what if the Jets had drafted Dan Marino?

Now, this isn’t meant as a slight to Ken O’Brien, who was a solid quarterback for the Jets. However, Dan Marino is one of the greatest to ever play and they had an opportunity to get him in the green and white.

Marino made the Pro Bowl in each of his first five seasons and made the Super Bowl in his second season. That by itself is astonishing, but he also rewrote the record books that season. He set six league records including the most touchdown passes in a single season at the time (48) and became the first player to throw for over 5,000 yards in a season.

Being that this is a “what if” question, this is what the 1984 Jets offense would look like if Marino was plugged in:

I’m sure this “what if” offense could have some Jets fans salivating about the impossible possibilities of this unit. This group could’ve made some noise in the AFC and the league. To add to this fantasy, the Jets’ defense wasn’t all that bad either. They were led by players such as Marty Lyons, Lance Mehl and Mark Gastineau, who had 22 sacks that season.

Delusional Jets fans, such as myself, could see Marino making the Super Bowl that season with this group as well. Although, is it really all that delusional?

The two Dolphins receivers, Mark Clayton and Mark Duper, both had better seasons than Jets receivers, although they did have Marino. The Dolphins running back, Tony Nathan, was nowhere near being on the level of Freeman McNeil, who was a Pro Bowler. The tight end position isn’t much of a discussion as well since Mickey Shuler had a better season with the Jets than Dan Johnson did with the Dolphins. So, isn’t it a real possibility that Marino could’ve brought the 1984 Jets to the Super Bowl as well?

Okay fine, they may not have made it because, well, they’re the Jets. But what if it took one year longer to get there? Could 1985 have been the year? Let’s see what that offense would look like:

The group is pretty much the same, except with the edition of then-rookie Al Toon. Also, on defense, the Jets added someone by the name of Joe Klecko. This team finished 11-5 that year and lost in the wild card game. Dan Marino could have very well pushed this team further in the playoffs. If not, the Jets had the same offensive unit the next year, except with Pro Bowl versions of Al Toon and Mickey Shuler.

So, once again, what if the Jets had drafted Dan Marino? Well, they could very well have another Super Bowl title in their history.