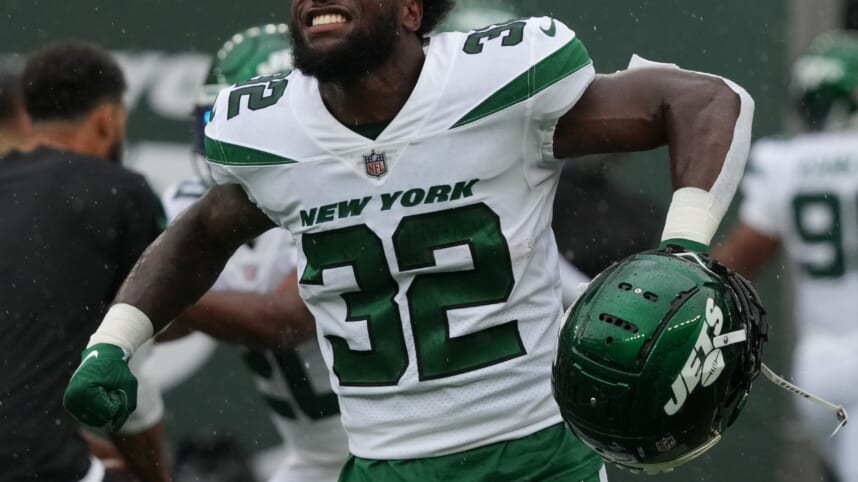 Much was made of the running back tandem the New York Jets had when they selected Breece Hall. He would join Michael Carter, who was coming off a great rookie year.

Together, the two would be the focal points of the Jets’ offense, giving it an identity. Well, through three games, the two combined have yet to even crack 20 carries in a game.

There is a multitude of factors that go into this. The Jets have been trailing early in all three games so far this year. Up front, the run blocking has been nowhere near good enough. From a balance standpoint, the Jets have had none to speak of, from both a personnel package and run-pass standpoint. There has not been enough of a commitment to the ground game.

The Jets have struggled to spread the wealth around not just in the backfield but across the board. Elijah Moore has not been involved enough; CJ Uzomah can hardly get snaps. Ultimately, it all stems from a lack of balance that starts with not running the football enough. The Jets are not possessing the football enough to incorporate all of their versatile skill talent.

Even being down like the Jets have in each of their first three games, still, not even reaching 20 total carries in a game for Hall and Carter with a backup quarterback is unacceptable. Not to mention, Mike LaFleur’s offense is predicated on running the football.

In total, they have 234 rushing yards this year (78 per game). Despite the run-blocking struggles, Hall and Carter together are averaging 4.8 yards per carry.

Hall is averaging 5.3 yards per carry with a long of at least 14 yards in each game. Ultimately though, he is averaging seven carries a week. Hall has 21 rushing attempts for 112 yards to this point.

This has simply got to change. Hall and Carter should both be getting at least 12, and up to 15 runs a week. Running the football 25 to 30 times per game would likely help this offense.

The Jets Week 4 opponent, the Pittsburgh Steelers, have given some yardage up on the ground. Over the last two weeks, they allowed Damien Harris 4.7 yards a carry, and Rhamondre Stevenson 5.2, followed up with 4.9 for Nick Chubb.

There is no reason why the Jets should not commit to Hall and Carter over 20 times a game, at least with 25 carries, and not be more efficient. This should be the week that this unacceptable streak comes to an end.