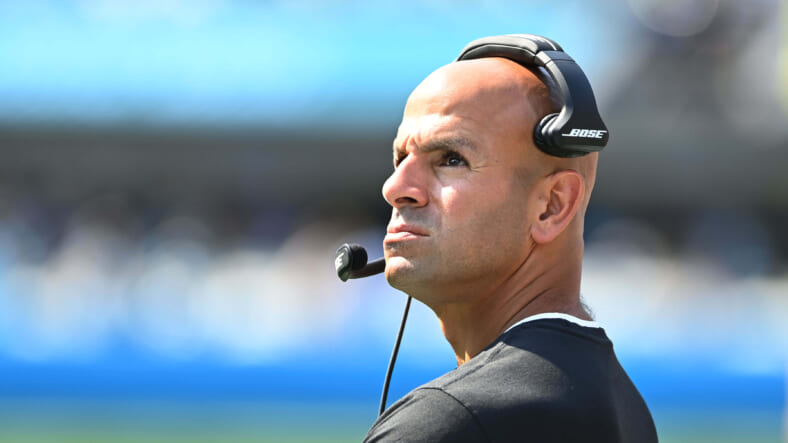 It wouldn’t have been a New York Jets opener with a reminder that the team often serves as living, gridiron-based proof of the existence of Murphy’s Law. Thus, it was only natural that ex-bastions of New York hope contributed to the team’s Sunday demise.

Quarterback Sam Darnold and receiver Robby Anderson served ice cold revenge on a sweltering late summer afternoon, accounting for all but three tallies of a 16-point quarter that made up the majority of the Jets’ 19-14 defeat at the hands of the Carolina Panthers. Darnold, Gang Green’s most recent false prophet under center, ended the frame with a five-yard scoring run with 35 seconds remaining after previously tossing a 57-yard six-pointer to Anderson, a rare source of green metropolitan offensive power during the prior decade, one who claimed that the Jets were making him “(lose) his love” for football. 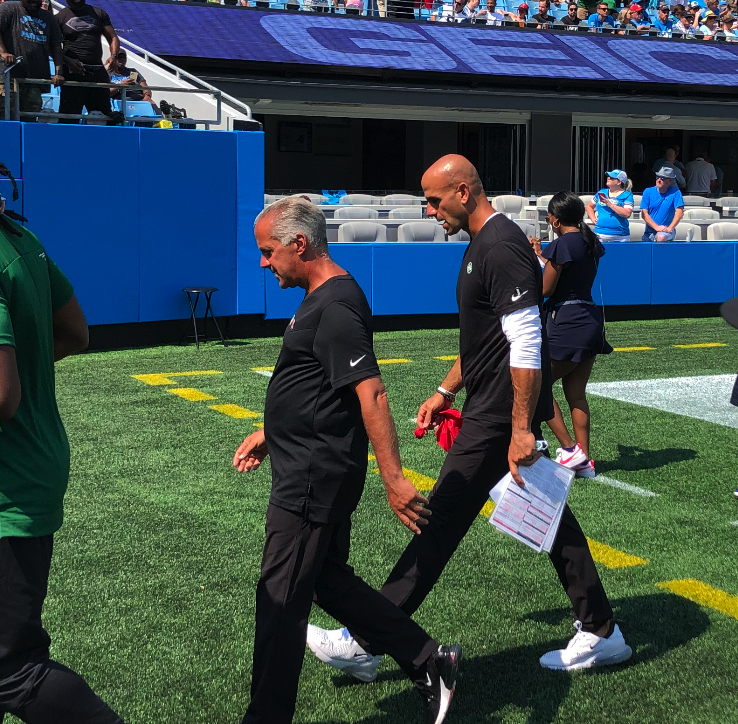 Anderson’s lucrative grab was his only catch of the afternoon, but Darnold tallied 234 aerial yards in the first half…needing only a single game to eclipse his highest such tally in New York. He and Darnold’s collaborative heroics provided fresh material for a football landscape that finds the slightest Jets mistakes to be a guaranteed punchline. The coming week will undoubtedly be filled with thoughtpieces and hypotheticals from both fans and commentators alike about whether the Jets made the right decision in letting Darnold and Anderson move on. Those theories will be callously pushed forth by Zach Wilson’s rollercoaster afternoon (20-of-37, 258 yards, 2 touchdowns, 1 interception) partly brought upon by a porous offensive line effort that led to six sacks and “a little whiplash” for the second overall pick of April’s draft.

But despite the endless “what if?”-based questions that Sunday produced, the Jets earned an undeniable victory: putting forth a strong defensive effort that can’t be erased by two entries in the scoring summary.

Youth in revolt on offense generated enough hype to mask the Jets’ defensive inefficiencies, ones that were the unavoidable consequence of having so much to work on after last year’s garish campaign gave the Jets so much to work on that it was guaranteed some roster area was going to be neglected. Even the quickest look at the depth chart would yield the area most affected: having spent most of the offseason transactional periods trying to surround their new quarterback with a potent welcome wagon and pressure artists with experience in the 4-3, the cornerback depth chart became a hodgepodge of young journeymen and acquisitions made during Saturday of draft weekend.

The football gods indulged in their beloved tradition of toying with the Jets, centering their cruel divine intervention on defense. Two of the high-profile defensive additions (Jarrad Davis and Carl Lawson) were bitten by the injury bug, the latter’s ailment erasing his 2021 season entirely. Qunnien Williams, fresh off a breakout campaign, missed nearly all of the offseason preparation after hurting his foot during a workout at the team’s Florham Park facility.

Suddenly, the issues in the secondary couldn’t be ignored: the franchise-tagged Marcus Maye was/is believed to be capable of holding down the fort at safety but the headliner at corner was 2020 fifth-rounder Bryce Hall, he of eight NFL games that showed promise but didn’t turn him into a seasoned professional veteran. Rutgers-based project Bless Austin was projected to be the man next to Hall as he entered his third season but the Jets bid him farewell less than two weeks before Sunday’s kickoff. The Queens native has already been scooped up by Seattle, creating a reunion with Jamal Adams.

Austin’s position on the depth chart was literally left blank on the depth chart shown on the team’s official website. Three names currently sit in the spot, all of them chosen on the most recent Saturday of draft weekend. Sixth-round choice Brandin Echols was there alongside undrafted Isaiah Dunn while fifth-rounder Jason Pinnock was inactive. It was part of defensive coordinator Jeff Ulbrich referred to as a “committee“-like approach to Sunday’s contest.

Such struggles set a dangerous stage: Carolina was already welcoming back two four-digit yardage receivers (Anderson and D.J. Moore) and was also anticipating the return of Christian McCaffrey after an injury-plagued 2020. Much like how Wilson was blessed with a better cabinet than anything the Jets had to offer in the last three seasons, Darnold was also provided his best arsenal after three years in offensive purgatory in New York. To put things in perspective: out of the 45 touchdowns Darnold threw over the past three seasons as a Jet, 26 were bestowed to receivers that are already no longer employed by the Jets. Now, he had a chance to work with potent weapons rather than aerial washouts.

Yet, the Jets defense held strong for as long as they could. Two plays will define their afternoon…and, perhaps, their season, in the eyes of the common fan, but it’s not fair to deny what this fledgling unit was able to accomplish in Charlotte.

There were countless opportunities for the Jets to break on Sunday: Carolina shook off Matt Ammendola’s unexpected punting heroics to drive into the Jets’ red zone, but the defense forced them into a situation that to an aborted Darnold fumble that gave New York the ball back. When the offense failed to take advantage of the opportunity (Wilson’s first professional interception to Shaq Thompson), they cracked down in the red zone, forcing Darnold into a pair of incompletions that yielded a mere field goal. Darnold’s history and the late scores could’ve blown the game open, but they never allowed the deficit to balloon past two possessions. The makeshift secondary did its job in its professional debut.

Pressure was understandably at a premium with Lawson missing for the year, but it came at the most opportune time. Faced with a two-yard third down, John Franklin-Myers broke through for a big sack that provided the best start possible for the second half. It was a 30-minute stretch that saw Carolina run only nine plays past the Jets’ 35, including none in the third quarter. Darnold threw for only 45 yards in the second half, 17 coming on a single throw to Ian Thomas on a drive that led to a mere punt. Carolina’s most lucrative drives came through strong starting field position: another drive that ended in a field goal began at their won 37 while two final runs from McCaffrey after an onside kick helped the Panthers seal the deal.

First sack of the year, brought to you by @J_FranklinMyers ?

The Jets (0-1) were eventually done in by typical antics from McCaffrey, who sent a dire warning to the rest of the league through 187 yards of offense in his anticipated return. But there was no denying the strides the Jets made under Ulbrich and head coach Robert Saleh, he of San Franciso’s defensive prowess over the past four seasons. Last year proved he’s more than capable of adapting to tough situations brought about by medical issues. He picked up where he left off against the Panthers, even if the proof didn’t linger on the scoreboard.

“We had a great red zone stand where we got the takeaway. In the second half, I thought they came out and stood up to the challenge,” Saleh said of the defensive effort per team contributor Randy Lange. “The challenge at halftime was just keep getting our offense the ball, keep giving them opportunities and they’ll flip it. I thought the guys showed resolve. I thought (Ulbrich) did a great job with his halftime adjustments. And I thought the offense responded and made a game out of it.”

Linebacker C.J. Mosley is used to victorious defensive efforts, having worked with Baltimore’s strong units during the latter parts of the last decade. Mosley was granted captaincy honors by his teammates, bestowed the task of leading this brave new defense into the future. Despite some late cramping issues, Mosley finished Sunday’s contest with four tackles.

Sunday provided a major personal victory for Mosley, who finished a Jets game for the first time in his three years under contract. But he was prouder of the victories earned as a unit, ones that could potentially change opinions on the Jets’ defense moving forward.

The Jets’ revamped defense will make its East Rutherford debut next weekend against the New England Patriots (1 p.m. ET, CBS).