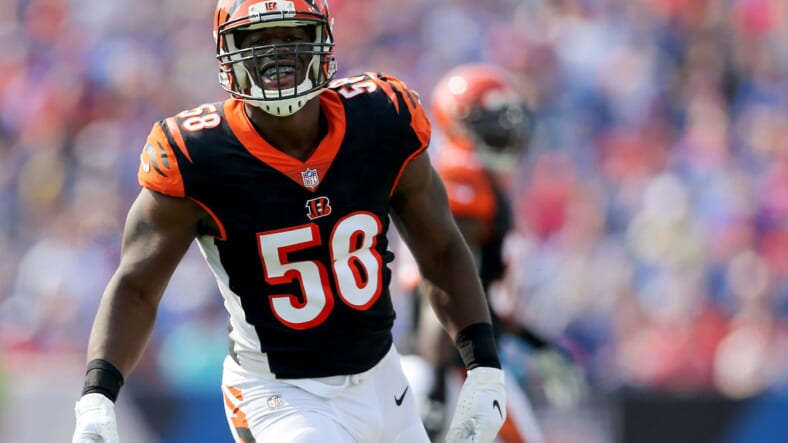 It has been quite some time since the New York Jets have had an elite pass rusher to lead their defense, and they mightâ€™ve landed one in Cincinnati Bengals star Carl Lawson. At 25 years old, Lawson is a former fourth-round pick out of Auburn, and he is just hitting his stride in the NFL, posting 5.5 sacks last year over 16 games as a defensive end.

With Robert Salah deploying a 4â€“3 defense with the Jets, Lawson fits the mold perfectly at DE. The Jets have a solid interior pass rush with Quinnen Williams and Sheldon Rankins manning the interior. Williams is also capable of kicking out to DE and rushing from a 3-5 tech position.

The Jets also have Vinnie Curry, formerly of the Philadelphia Eagles, in 2020. He posted a 70.9 overall pass rush grade with four sacks, per PFF, so pairing him with Lawson represents a solid duo.

In fact, Lawson believes he is capable of being one of the best pass rushers in football, and this season may offer him an opportunity to reach that goal.

â€œI feel like the sky is the limit,â€ Lawson said, â€œbut, at the end of the day, this is life. Not every goal you set is going to happen because there are external factors. But I will do everything in my power possible to reach my highest level of potential and what I think I can possibly be, which is something otherworldly.â€

As a player who posted 32 quarterback hits and two forced fumbles last year, there is no question that Lawson can maximize his game with a fantastic defensive-minded coach like Salah. The Bengals have historically been an inadequate team the past half-decade or so, as their defense ranked in the bottom half of the league last year in points allowed per game.

Lawson was one of their lone stand-out performers in the trenches, and he is looking to increase his sack totals with the Jets after posting just 5.5 last year. As a 6’2″, 265 pound DE, the sky is certainly the limit for a young player with the right mentality.

â€œI want the sacks to go up regardless,â€ Lawson said. â€œI have the mindset that no matter who is around me I should win my 1-on-1 [matchup]. Thatâ€™s a great thing to have â€“ great interior players â€“ but the way I think of it is to produce no matter what the situation because what if everybody got hurt? Could I use that as my excuse for [fewer] sacks? No.â€

Ultimately, if the Jets can command adequate double teams in the trenches and allow Lawson to capitalize on 1V1 matchups, he will feast in 2021. The Jets have had unfortunate injuries the past few seasons, so if they can remain healthy, he should be in great shape moving forward.