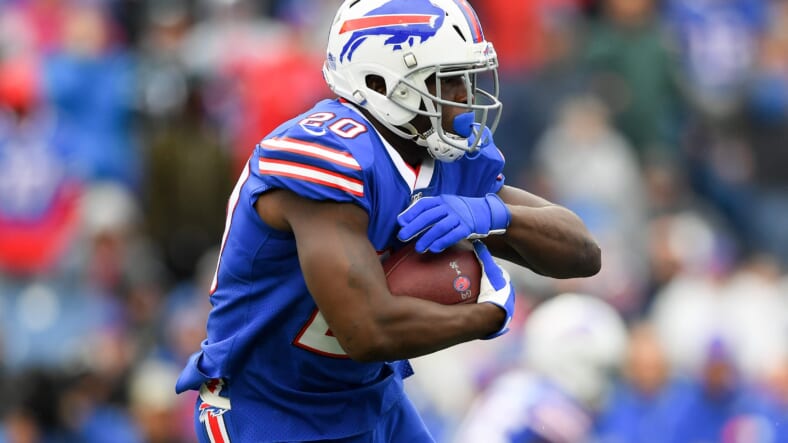 Gore, who will turn 37 next week, joins the New York Jets after previously spending a year under Adam Gase’s watch in Miami.

Standout veteran RB Frank Gore is signing a 1-year deal with the Jets, @RosenhausSports tells ESPN. Gore will be reunited with his former coach Adam Gase, with whom he spent the 2018 season.

Running back Frank Gore has signed with the New York Jets, his agent Drew Rosenhaus told Adam Schefter of ESPN.

Gore, who will turn 37 next week, enters the 2020 season as the third all-time leading rusher in NFL history (15,347 yards), behind only Emmitt Smith and Walter Payton. He has spent the majority of his illustrious professional career with the San Francisco 49ers and was recently named to the NFL’s 2010s All-Decade team.

The 2005 third-round pick from Miami spent a decade in San Francisco before joining the Indianapolis Colts for three seasons. Since then, Gore has gone on a tour of the AFC East, spent the most recent two seasons with the Miami Dolphins and Buffalo Bills respectively. Last season, Gore was mostly used as a spell option for Devin Singletary and start eight games when the rookie was injured early in the season. Gore tallied 699 total yards and two scores while partaking in Buffalo’s second playoff trek in the last three seasons.

Gore’s New York arrival will reunite him with head coach Adam Gase and offensive coordinator Dowell Loggains. The triumvirate previously held the same positions during the 2018 season in Miami. Gore failed to score a rushing touchdown for the first time in his career, but led the Dolphins with 722 yards on the ground. His 4.6 average on 156 carries was his best tally since 2012, one of five Pro Bowl seasons with San Francisco (2006, 2009, 2011-13).

Several teams had reportedly vied for Gore’s services in what would be a 16th NFL season. ESM’s own Alex Wilson recently explained why Gore could’ve been a good fit for the New York Giants.

Gase recently hinted that he planned to lighten running back Le’Veon Bell’s workload, telling ESPN’s Rich Cimini “I do think we have some guys that can help maybe lessen the load on (Bell) to where it’s not all on him”. Bell tallied 245 carries, 11th in the NFL, in his first year as a Jet. The addition of Gore gives the Jets a veteran spell option behind Bell. Incumbent backup rushers Bilal Powell and Ty Montgomery remain free agents while inexperienced reigned behind Bell in the form of Kenneth Dixon and Josh Adams. New York also drafted rusher Lamical Perine out of Florida in the fourth round (120th overall) of last month’s draft.