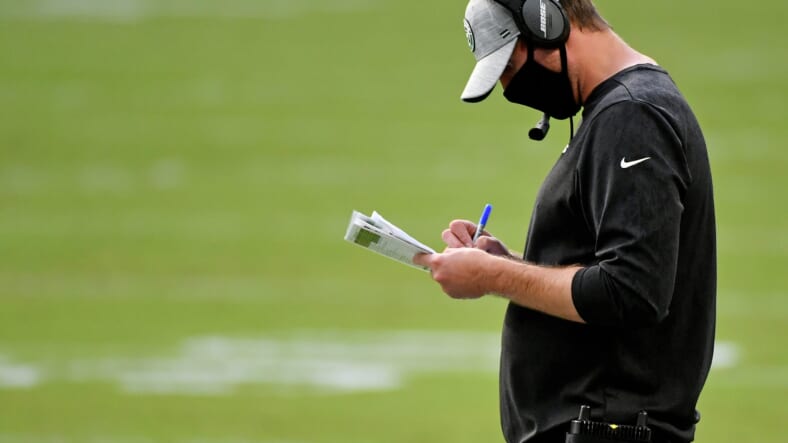 According to multiple reports, the New York Jets are expected to fire Head Coach Adam Gase following the team’s Week 17 match-up against the New England Patriots. The news first broke on WFAN radio by Craig Carton and Evan Roberts.

Although the announcement isn’t official, management has reportedly informed Gase about the decision.

Gase was hired prior to the 2019 season following his three year tenure as the Miami Dolphins Head Coach. The Jets started off just 1-7 in his first season before finishing 6-2 in virtually meaningless games. Â Most games were at least somewhat competitive in 2019, and the final 7-9 team record was enough to keep Gase on-board for another season.

2020 saw Gase and the Jets get off to a historically poor 0-13 start, with many losses coming in blow-out fashion. The Jets finally got on the board in 2020 with 23-to-20 victory over the Los Angeles Rams, then followed it up with a 23-to-16 victory over the COVID-19 depleted Cleveland Browns.

In his short New York tenure, Gase is most known for his regression of quarterback Sam Darnold. After a rookie season of 17 touchdowns, 2865 passing yards, and 15 interceptions, Darnold saw slight improvement under Gase in 2019. Darnold surpassed his passing yard and touchdown total, and threw two less interceptions.

However, Darnold’s 2020 has been a complete dumpster fire. On track for career worst numbers, Darnold sits with fewer than 2000 yards and just eight touchdowns. He continues to make poor reads and look like a rookie quarterback, and that’s likely not Darnold’s fault.

Under a new head coach, Jets fans may finally be able to see the potential that Sam Darnold has. The Gase experiment didn’t bode well for Darnold and the Jets, but the departure of Gase should hopefully end this dark chapter in Jets history.