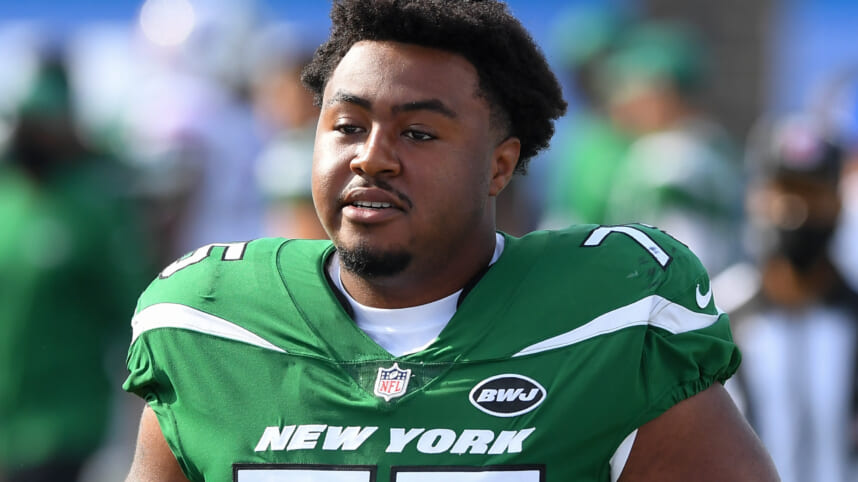 We are less than 24 hours away from the 2022 New York Jets having their roster down to 53 players. As teams cut down from 80, there are many potential moving parts in trades as teams look to make final improvements before the start of the regular season.

In terms of cuts, the lone transaction for the Jets to this point that has been reported on is undrafted rookie wide receiver, Calvin Jackson.

The first-year wideout gave some nice contributions in both practice and preseason games. He and Chris Streveler connected in two of the three games for winning touchdowns. Jackson offers special teams versatility. He is worthy of sticking around to keep on developing, and the Jets reportedly have interest in bringing Jackson back on the practice squad.

It was initially reported by Aaron Wilson of Pro Football Network roughly an hour ago that the Dallas Cowboys are trying to trade for Chuma Edoga. The Cowboys are hurting up front with injuries on their offensive line.

Edoga, a fourth-year player, was drafted by the Jets in the third round of the 2019 NFL draft. He will play this season at 25 years old.

With Conor McDermott sustaining an injury over three weeks ago in The Green and White Scrimmage, it granted Edoga an edge for the third offensive tackle role.

He seemed to have it secured throughout this training camp and preseason. Edoga played 81 snaps this preseason and had a PFF grade of 85.9.

The latest report from Wilson indicated that a trade between the Jets and Cowboys does seem unlikely at this time.