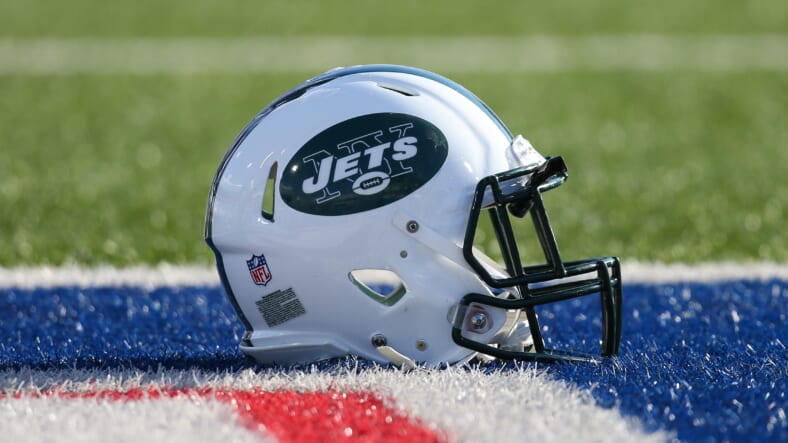 Thank you, Nick. #74ever pic.twitter.com/RUwfjtYz5r

Nick Mangold knows a thing or two about suffering tough defeats in a New York Jets uniform. Even if the former staple at center is part of the last thing the Jets have had to resemble glory days, he’s seen his share of brutal defeats, as he shared during a visit to local cable talk show MSG A.M. earlier this week.

Mangold’s visit to hosts Monica McNutt and Kazeem Famuyid coincided with one of the more soul-crushing defeats in New York memory. The Jets (0-12) seem destined for their first victory of the 2020 season, leading the Las Vegas Raiders 28-24 with time dwindling and the opponent out of timeouts. However, an ill-advised blitz call left the Jets’ inexperienced secondary relatively alone as Derek Carr launched a deep ball to Henry Ruggs. The 46-yard score gave Las Vegas the lead and doomed the Jets to yet another defeat.

Speaking with McNutt and Famuyid about the latest defeat, Mangold sympathized with the modern wearers of green and white.

“They have to be devastated,” Mangold said. “You play a full game of football where you have the lead at the end and then lose on a last second touchdown. If the first 11 losses werenâ€™t demoralizing enough, this one will be the nail in the coffin. Itâ€™s difficult. 12 losses is the most in franchise history in a row. Itâ€™s just a bad place to be. One Jets Drive is probably not too happy this morning.â€

The loss reminded Mangold of one of the uglier losses of his career, as the lineman flashed back to a 17-13 defeat to the Denver Broncos in November 2011. Then in the thick of a playoff hunt, New York led a majority of that game but was victimized by a 95-yard Denver drive capped off by Tim Tebow’s scramble for six. The Jets wound up missing the 2011-12 AFC playoffs by a single game.

“Itâ€™s no fun,” he said. “You always look at the coach and think that we couldnâ€™t have done something else? Then the player side steps in â€“ and you think if this guy made a play or this guy made a play or maybe if we donâ€™t let a strip sack early on in the game, we would have never been put in that situation. There are so many snowballs that happen in your mind.”

Mangold also indirectly sympathized with Williams, with defensive coordinator Gregg Williams, who was fired less than 24 hours after his blitzing gambit backfired. Inside linebackers coach Frank Bush will handle the defensive boss duties over the final four weeks of the season, starting with Sunday’s visit to Seattle (4:05 p.m. ET, CBS).

“Everyone out there is trying to win the game. I know it doesnâ€™t look like it when you make the call and you get burned like that. But if the corner had made a play on the ball and they didnâ€™t score a touchdown, it would have been that the pressure caused them to throw it errantly and the Jets win. It goes both ways.â€

Mangold, 36, has kept busy since announcing his retirement with the Jets in 2018. He appears as a regular commentator of the Jets’ modern endeavors on MSG and also coaches youth football. Mangold and his wife Jennifer live in Madison, NJ with their two children.