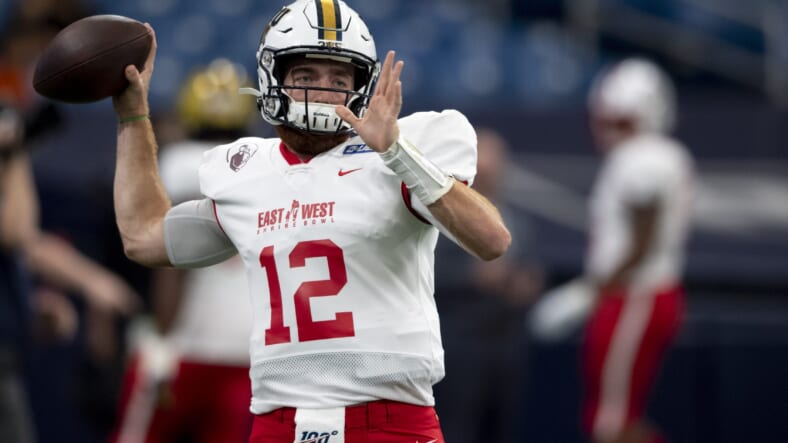 The New York Jets added to their quarterback room with their second of six picks of Saturday’s 2020 NFL Draft. With the 125th overall pick, the Jets chose James Morgan, an alum of both Bowling Green and Florida International.

Morgan tallied 8,645 passing yards and 65 touchdown passes over his four collegiate seasons with the Falcons and Golden Panthers. His banner year came with FIU in 2018, when he led Conference USA with a 157.6 passer rating and 8.4 yards per attempt.

Morgan also raised his draft stock by participating in the most recent East-West Shrine Game, where he threw a touchdown pass in his East squad’s victory at Tropicana Field.

The pick used to take Morgan was the first of two picks acquired from the New England Patriots in a trade enacted late Friday night. New England got back the 101st overall pick from the Jets and also sent over the 129th choice and a sixth-round pick for next season.