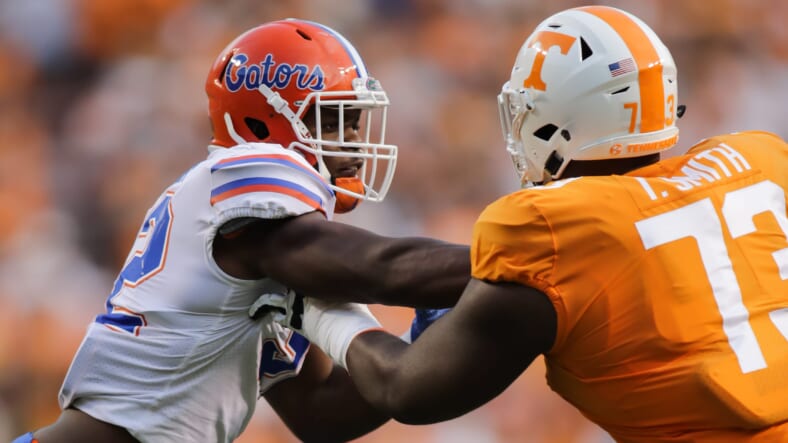 The New York Jets’ second Friday selection, Zuniga missed most of his senior year with an injury, but built a solid career in Gainesville.

Zuniga originally began his athletic endeavors with plans to follow his father to the hardwood. Carlos Zuniga was a basketball player at Tulane, averaging 6.1 rebounds over three seasons.

He dedicated his career to football in his senior year of high school and went on to play at Florida. Though most of his senior year was lost to a high ankle sprain, Zuniga earned 116 tackles and 18.5 sacks. Notably, he six tackles, half of which resulted in a loss, during Florida’s opening weekend win over Miami back in August.

The Jets certainly hope this third-round selection from Florida goes better than the last time they embarked on such a journey. Last season, they added linebacker Jachai Polite, but he failed to make the team out of training camp.

Barring any trades, the Jets’ final Friday selection will come in the 101st slot, a pick they obtained from the Seattle Seahawks earlier in the evening.