New York Jets: What Does Pass Rusher Jachai Polite Bring to the Defense? 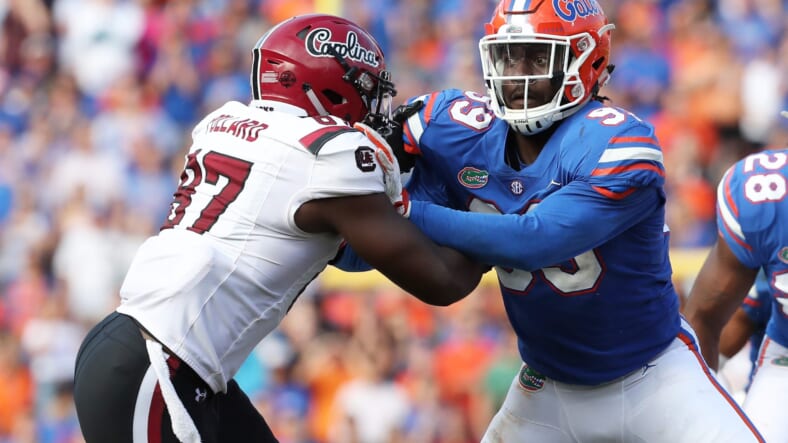 TheÂ New York Jets biggest need was Edge rusher prior to the draft.Â  The Jets used the 68th overall pick in the 3rd round to select Jachai Polite, linebacker from Florida. Polite should project well into Gregg Williams’ new aggressive scheme.

Apparently, the Jets front office had Polite very high on their boards:

The #Jets take #Florida pass-rusher Jachai Polite, who they believe is the 2nd best pass-rusher in the draft.

Polite has the numbers to warrant the praise as well. Last year Jachai racked up 49 tackles, 19.5 tackles-for-loss, and 11 sacks. He did all of this at Florida while playing as a 3-4 Outside Linebacker. All Jets fans know that has been a position of need for years.

This is how one scout described Florida DE/OLB Jachai Polite: "He doesn't have issues; he IS an issue." The talent is there, but can he buy into the program? Boom-or-bust pick by the #Jets.

Polite does come with some baggage though. He only has one year as a starter, where he picked up 11 of his 15 career sacks. That same year Polite also racked up 6 of his 8 career forced fumbles. He left the Combine with bad remarks about two of his interviews; following a 4.84 40-yard dash that did not impress. Some of the comments following the pick were that he is a talented player but not polished.

Can New York Jets DC Gregg Williams Get The Most Out of Him?

Some anonymous scouts have told us that Polite could never start in his first year.Â  Others see him as a pure pass-rusher and never as a 3-down linebacker. I believe the Jets will eventually see value from this 3rd round pick.

Speaking of the 3rd round, that’s where the Jets got one of their current starters in Jordan Jenkins. Granted, Jenkins was a much more polished prospect at the time. Gregg Williams has already stated that he is not comitting to one particular scheme, but we can expect a fair amount of his customary 3-4. Williams’ defensive schemes have always been a hybrid and rotated their depth.

I have a feeling Polite will be on the field this year. He may not be a day-1 starter, but our new defensive guru should get some use out of him. Let’s all remain hopeful as we review some of his tape: