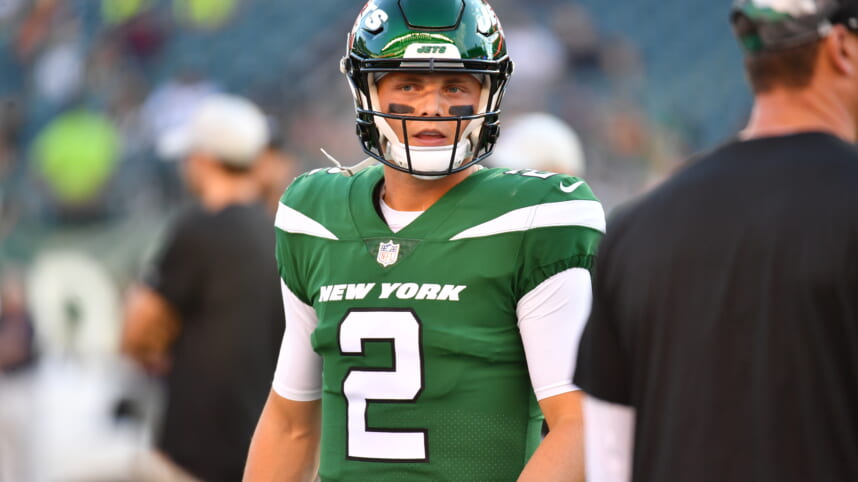 The New York Jets have an opportunity to get to 3-2 today. Quite an exciting thought. This afternoon the Jets will battle it out with a quality division opponent in the 3-1 Miami Dolphins.

A win today would give the Jets their first division win since 2019. It would also give Robert Saleh his first winning streak as Jets’ head coach. Lastly, a win provides the Jets with their first 3-2 record since 2017, along with being over .500 for the first time since Week 1 of 2018.

Certainly, a lot of progress that the Jets can continue to prove. Playing at MetLife Stadium in front of Jets Nation, it is important for the Jets to start showing that, as a young football team, they can build on positive momentum.

Zach Wilson will make his second start of 2022 and his first at home. Hopefully, he builds on the promise he showed over the final two drives of last week’s comeback. If Wilson can make good decisions and throw with accuracy most of the day, the Jets will have a chance to win.

At the skill positions, it starts on the ground as usual, with Breece Hall and Michael Carter. Will this finally be the game the Jets can establish a dominant running game?

To follow up with the running game breaking out, the same could be said for Elijah Moore if consistent targets come his way over four quarters.

Up front, Duane Brown makes his Jet debut, and Alijah Vera-Tucker will move back to the right side of the line.

Defensively, it would be great if the Jets can keep progressing following last week’s success. It ultimately comes down to the front, headlined by Quinnen Williams, Carl Lawson, Jermaine Johnson, and John Franklin-Myers, giving the pressure needed.

The talented cornerback trio of the Jets undoubtedly has a prime chance to keep proving themselves as a top-tier group. It is pretty simple for the Jets to win, limiting big passing plays from the Dolphins is non-negotiable.

At home, this is a game the Jets should win. The pass defense of the Dolphins has struggled. Their running game offensively is nonexistent. It will be a close one, but the Jets should score 24-27 points, and it should be enough to get their first division win in years.