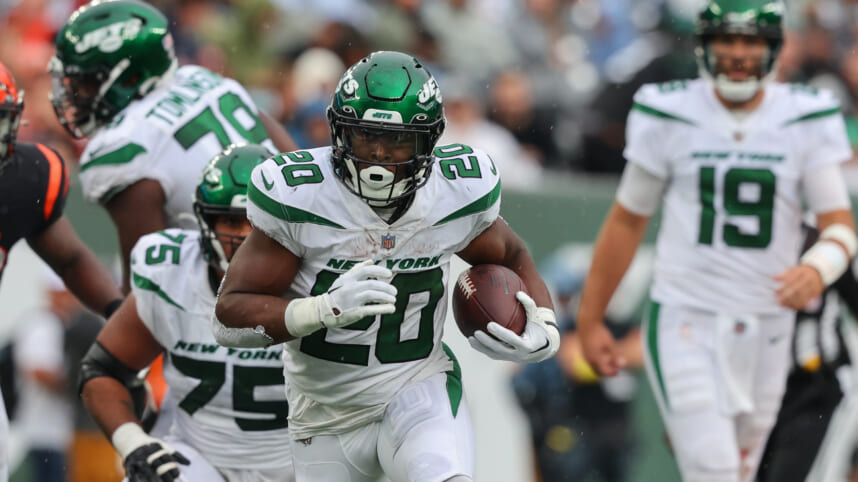 An issue remained the case for the New York Jets yesterday. Being able to string together wins.

Following a win in Week 2, while the Jets were going up against a talented Cincinnati Bengals team, they were still 0-2 and playing bad football. Add that with playing at home after creating some momentum, and yesterday should have been a game that the Jets won. Instead, they went out and beat themselves.

Where to even start? The Jets allowed the Bengals to go 7-14 on 3rd down with three conversions on the first drive of the game alone. Compare that to the Jets going 7-18.

The Jets lost the turnover battle terribly, in 4-1 fashion. The Bengals went 2-4 in the red zone, the Jets 0-2. In terms of penalty yardage, the Bengals allowed 30 yards, and the Jets, 55. Finally, the Bengals won the time of possession battle, controlling the football for 32:24.

Across the board, the Jets went 0-5 in these major team categories, and it was reflected in the final score.

Specifically, a few of the penalties the Jets committed were unacceptable.

In particular, John Franklin-Myers put a complete dent into this game for the Jets with his selfish, stupid penalty. With the Jets only down 7-6 in the first quarter, on a third down and long, the defense got a stop. However, Franklin-Myers late, excessive hit on Joe Burrow kept the drive alive for the Bengals. Three plays later, on yet another third and long, the Bengals not only converted but scored a 56-yard touchdown.

The Jets’ defense allowed the Bengals to stay on the field on 3rd down and seven or longer five times in the first quarter. Not a recipe for victory. The unit had yet another long day for itself yesterday. Robert Saleh and Jeff Ulbrich have a lot of work to do.

Reviewing how the Jets did with highlighted keys to victory:

However, the Jets’ defensive line, one of the highest paid in the NFL, went out and recorded a total of two sacks. Minimal pressures were created when the game was still in hand—a pretty forgettable performance.

From there, the Jets’ defense was the unit that finally allowed the Bengals offense to generate big plays through the air. As mentioned, they did not have a pass go for longer than 24 yards the first two weeks of the year. Within the first four drives alone, the Jets gave up a 56 and 45-yard passing play to the Bengals.

As a result, it has led to DJ Reed, one of the lone standout performers across this football team, calling for a meeting to get things right. Of all Jets players, Quinnen Williams, fed up and snapped, had a sideline clash with defensive line coach Aaron Whitecotton fairly early on in the ballgame.

As mentioned above, Saleh and Ulbrich still have a ways to go in proving themselves as the leaders of this unit.

Mostly the same story for the Jets’ offense:

On both fronts, the Jets lost in the trenches, a simple way to lose. Along with the defensive line, the Jets’ offensive line is one highly paid group and has not played up to it.

The Jets had virtually another non-existent inside the tackles ground game yesterday. Michael Carter averaged just 3.5 yards per carry.

It led to Joe Flacco throwing the football over 50 times for the second time in three games.

Combined, Breece Hall and Carter have yet to even carry the ball 20 times in a game. The two have 49 rushing attempts on the year (16.3 per game), a formula to lose with a backup quarterback.

That stems to yet another glaring issue with this Jets offense, a complete lack of balance.

Whether it be the run-to-pass ratio or with personnel groupings, the Jets cannot keep defenses off-balanced.

The Jets continue to lack any success out of 12 personnel (1 running back, 2 tight ends) and cannot seem to carve out any opportunities for CJ Uzomah.

From there, concluding with the pass blocking, which took a step back from Week 2. George Fant has clearly been hurt and eventually had to leave the game. They consistently allowed pressure which resulted in four sacks.

Once again, the Jets had no down-the-field passing presence with many check downs underneath and the longest completion going for 23 yards on the day.

Finally, the Jets had four scoring drives, which all happened to be field goals.

This game was a disaster from the first drive for the Jets and ultimately a disappointing loss.