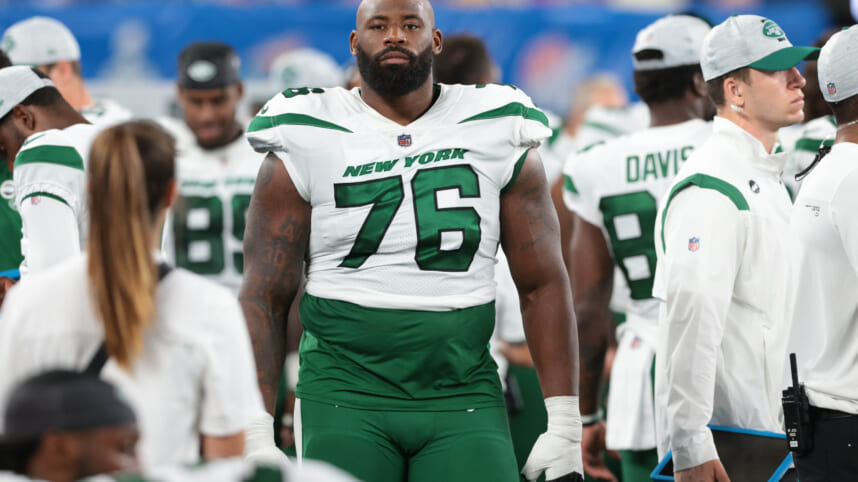 To follow up last week’s final-second comeback win giving the New York Jets their first September win since 2018, the Jets have another achievement that they could break through with today. With a win today against the Cincinnati Bengals, the Jets would go over .500 for the first time since that September win in Week 1 of 2018.

Jets fans are excited after last week’s win and will make an impact in this one at MetLife Stadium. While the Bengals have a great quarterback, some elite-level talent at a few positions across their roster, and everything to play for, this should be a game at home that the Jets win.

Trench play will likely dictate how things end up going for the Jets. The defensive line of the Jets has a perfect chance to finally break out and dominate a game. In particular, the pass rush has got to show up early and throughout.

The Bengals’ offensive line has struggled tremendously. There is no reason why the Jets should not have a big game with many splash plays against them.

The Bengals do have a ton of talent. In particular, the top two players to make note of that the Jets must contain are Ja’Marr Chase and DJ Reader.

Chase is well-known. With the Bengals’ offensive line woes, though, the big plays for Chase have been limited. The Jets must continue to keep that aspect of their offense bottled up today, and it stems from the Jets generating a consistent pass rush.

Then, with Reader, it comes back to the trench play highlighted above that will impact the final of this one. He can be a force against the run and generate pressure. The Jets did a sound job with Myles Garrett a week ago and must do the same here with Reader.

Offensively, anticipate similar success that was attained by this unit in Week 2. The Jets’ wide receivers will see some man coverage and have big-play opportunities in this ballgame. Along with slowing down Reader, the offensive line has got to help get the Jets’ inside running game going in this one. If the Jets can establish a solid inside ground game, it boosts their chances of winning.

Expect some more gadget and trick plays from Mike LaFleur, similar to last week. The screen game, in particular, could help the Jets’ offense today.

Finally, a few players who could have big breakout games today are Elijah Moore, Breece Hall, and former Bengals Carl Lawson and CJ Uzomah. The speed of Moore and Hall is well-known. With chances, they have the ability to create explosives for this offense. This could be the first game Uzomah is featured as a receiver. With Lawson, as mentioned, the pass rush is a key to victory, and he is due for a busy day.

As usual, the turnover, third down, penalty, red zone, and time of possession battles are essential. The Jets cannot beat themselves with mental errors. Similar to a week ago, the special teams have got to capitalize when chances to do so present themselves.

Ultimately, this is a game at home that the Jets should win. The Jets’ offense should have at least 20 and possibly up to 27 points. While it should be competitive, the Jets should win by a possession, anywhere from a field goal to a touchdown.