New York Jets Week 3: Getting to know the Cincinnati Bengals 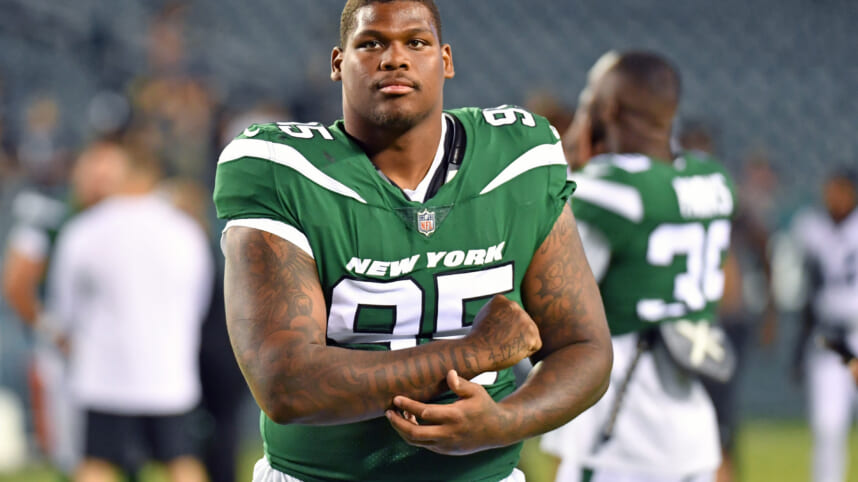 Building on any sort of positive momentum is important for the New York Jets as they look to take the next step.

As a result of Sunday’s exhilarating come-from-behind victory in Cleveland, the expectation is rightfully so that the Jets should defeat the Cincinnati Bengals at home this week.

Even with that goal of winning in place against an 0-2 football team, the Bengals are still the defending AFC Champions. They have struggled in some regards, in similar ways to last year that the Jets should exploit. However, they have some key difference-makers on both sides of the football.

After taking an in-depth look at their first two games on film, some of the Bengals’ most noteworthy tendencies for the Jets to key in on will be discussed below.

Going up against fronts that have premier players in T.J. Watt, Micah Parsons, and Cameron Heyward certainly does not make things easy. That being said, the Bengals revamped offensive line after last year’s well-documented struggles has shown no progress so far.

Right tackle La’el Collins for the most part, has been the one to take on the brunt of what Watt and Parsons can do. Rookie left guard Cordell Volson had a better Week 2 but had his struggles with Heyward in Week 1. It will be on Quinnen Williams to get some wins when matched up against the rookie.

Carl Lawson will have his chances against Jonah Williams, who has had his moments as a pass blocker. In Week 1, Alex Highsmith beat him with a nice spin early on. Shortly after, he won again with a chop to a dip-rip. Lawson has the tools in his array of rush moves to pick up some pressures and potentially even sacks.

The group has struggled to pick up stunts as well.

With the bad pass blocking, the Bengals have relied on a quick passing game. It has limited their opportunities to gain big plays with their exceptional wide receiver trio. Burrow is averaging just six yards per passing attempt (5.5 last week), only three qualifying quarterbacks are currently averaging less. His longest completion has gone for just 24 yards on 89 passing attempts.

They have also kept Burrow in the pocket a ton, not utilizing his mobility outside of the tackles. Dating to last year, the only two quarterbacks with more “straight drops” are Tom Brady and Matthew Stafford. It likely signals to their lack of confidence in their offensive line.

The Bengals have allowed the most sacks in the NFL through two weeks (13). They have also given up 20 quarterback hits. It is a top key to victory for the Jets to have an impactful pass rush early and throughout this ballgame.

Lastly, the Bengals rushing attack ranks 24th in yards per attempt (3.8 per carry). It will inevitably lead to some third and longs for the Jets’ defensive line to tee off. Whether it be against the run or pass, the Jets’ defensive front has got to win battles in this one consistently.

Expect some Cover-1 Man from their defense:

Over the first two weeks, the Bengals have played a chunk of Cover-1 man. Free safety Jessie Bates is the lone player deep. Their cornerback trio consists of Chidobe Awuzie and Eli Apple on the outside, along with Mike Hilton in the slot. Strong safety Vonn Bell can be utilized as either a robber underneath or in man coverage against tight ends. In dime looks, which are rare, Tre Flowers will come in and match up with tight ends.

This leads to the Jets’ immensely talented wide receiver group of Elijah Moore, Garrett Wilson, Corey Davis, and Braxton Berrios having 1-on-1 opportunities to win, which should be the case.

The Bengals’ pass defense has yet to intercept a pass this season.

Finally, explosive plays on deep passes can potentially come frequently throughout a game for the Jets offense.

DJ Reader is a problem:

The Bengals front seven is capable of making a strong impact. It is led by the talented DJ Reader, who constantly disrupts.

Reader has three quarterback hits and a tackle for loss so far this year. PFF has him graded at a lofty 90.4.

Even from there, the rest of this front seven is stout. Edge defenders Trey Hendrickson and Sam Hubbard can rush the passer and play the run well. BJ Hill is rock solid alongside Reader on the interior.

On the second level, Logan Wilson and Germaine Pratt are two very good linebackers who have helped the Bengals run defense. The Bengals are tied for sixth stopping the run (3.7 per attempt). Inside the tackles, the Jets did not generate a ton running the football last week. They now face a tough challenge to get it going.

In conclusion, the Jets’ defense as a whole has a favorable opportunity to bounce back. They should contain the Bengals struggling ground game. From there, play aggressive in coverage, limiting their quick game, and dominate against their lackluster offensive line on passing downs. They cannot allow big plays in the passing game.

Offensively, if the Jets can establish a running game, it surely helps their chances. Expect the Jets wide receivers to routinely win against man coverage, which they could see a lot of, leading to big days. Some trick and gadget plays should be dialed up as well, end-arounds, jet sweeps, and screens.

Lastly, with the pass blocking, the Jets did a good job a week ago against two great edge defenders. The Bengals’ pass rush is good, but the Jets should contain it. Running backs and tight ends will likely be utilized to help the offensive line get the job done once again.