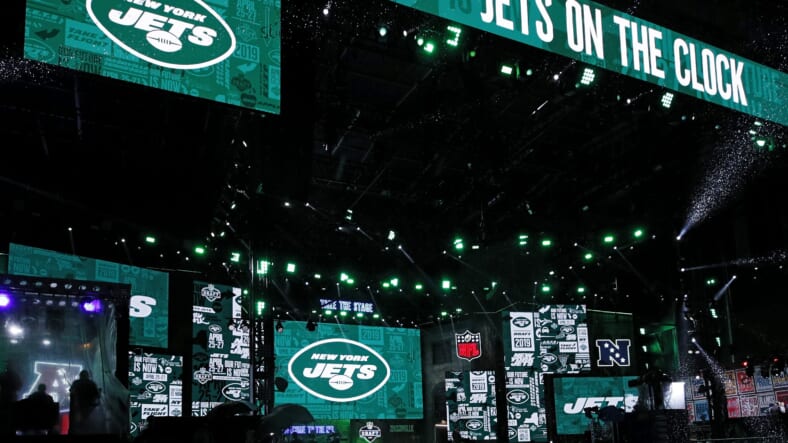 Among those in Fargo for NDSU Pro Day tomorrow …

The New York Jets will officially begin their rookie quarterback evaluation on Friday. General manager Joe Douglas is expected to be one of several decision-makers on hand at North Dakota State University’s pro day to view touted thrower Trey Lance. Proceedings can be viewed at 11 a.m. ET on NFL Network.

A report from Albert Breer of Sports Illustrated mentions that Douglas will be one of five general managers stationed in Fargo. Atlanta, Carolina, and Detroit are each sending both a coach and general manager while Washington is likewise repped by its GM Martin Mayhew.

Lance is expected to be one of the first passers selected in the first round of the NFL Draft come April. Though Lance has only a single full year of starter’s experience, he posted one of the most prolific ledgers in the history of the Bison’s storied football program. Lance was responsible for 36 touchdowns without throwing a single interception during their eighth Football Championship Subdivision title in program history. The Bison’s perfect 16-0 record hadn’t been achieved at the Division I level since 1894 (Yale).

For his efforts, Lance, then a redshirt freshman, earned the 2019 Walter Payton Award, annually bestowed to FCS’ most outstanding offensive player. Previous winners include Steve McNair, Tony Romo, Jimmy Garoppolo, and Cooper Kupp. Lance was the first freshman to ever be bestowed the award named after the Chicago Bears legend and Jackson State alum.

Lance is not partaking in the Bison’s ongoing season, which was moved to spring and continues on Saturday at the Fargodome against Illinois State (3:30 p.m. ET, ESPN+). But he did partake in a brief fall showcase against Central Arkansas, earning 292 total yards and four scores in a come-from-behind victory.

One of the most dominant programs in FCS history, NDSU’s pro offerings won’t be limited to Lance. Blocker Dillon Radunz earned positive reviews for his performance during Senior Bowl prep in Mobile while receiver-turned cornerback Marquise Bridges has likewise warranted a look. That group helped NDSU break its own record for the longest winning streak in FCS history (39), which was snapped on February 27 against Southern Illinois.

The last NDSU alum chosen by the Jets was running back Gordy Sprattler in the ninth round of the 1979 draft. Sprattler did not play a regular season down. They last chose a quarterback from an FCS/Division I-AA school in 1983 through first-rounder Ken O’Brien of California-Davis.