New York Jets: The case for a Bilal Powell reunion 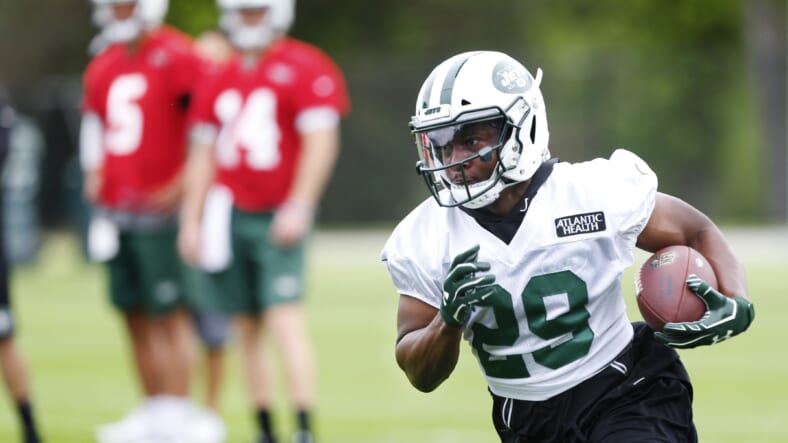 Bilal Powell’s long tenure with the New York Jets came to an end this offseason. It’s late in the game, but here’s why that has to change.

One can argue how much of an honor the label “longest-tenured New York Jet” really is. It’s great to have continuity and familiar faces in an offense, but the merits must be questionable when a nine-year veteran has played witness to only 57 wins (better only than Jacksonville and the artists formerly known as the Oakland Raiders in the AFC).

At the end of the day, though, running back Bilal Powell saw no negatives in bearing such a torch.

“â€œor me, I just like to sit put,â€ Powell said in a late January interview with Joe Beningo and Evan Roberts, WFAN’s midday pair. â€œI had a couple of opportunities to leave around the times that I was a free agent in previous years, but I wanted to stick around and see this thing unfold.â€

If the New York Jets need something to get through 2020, it’s veteran leadership. Sure, this is a team that’s plenty ingredients short of a championship recipe, but the return of a guy who knows his way around an NFL field could make this process a little easier to bear.

Hence, it’s time to start talking about bringing Powell back into the fold.

The Jets enter 2020 with a lack of experience on the field. There’s something to be said about the team’s dedication to youth. But without a sense of direction, the development could be for naught. The team took a step in the right direction in that regard by bringing Frank Gore, a 16-year veteran whose best NFL days may be behind him but has the experience and leadership that can motivate a young team and teach them the professional ropes.

“Frank brings something that is really hard to teach,â€ Jets head coach Adam Gase said of the Gore signing, per Ethan Greenberg of the Jets’ official site. â€œHeâ€™s a natural leader. Heâ€™s the kind of guy that guys respect around the NFL. Heâ€™s done a great job as far as helping younger players that are in the room. I think heâ€™s a good teammate especially the last three or four years in that backup role and the supporting role of whoever that starter is.”

Powell may not have the impressive resume that Gore has earned over his tenure…few running backs do…but, in several ways, Powell represents the quintessential NFL success story. A day three pick back in 2011 (126th overall), Powell made himself a reliable part of the offense, a rare silver lining as the offense remained relatively stagnant. He was a reliable spell option and injury fill-in that became a multi-threat. Since Powell entered the league in 2011, he is one of 30 running backs to tally over 3,500 yards of total offense.

Perhaps the greatest lesson Powell can teach is one resiliency, which will be vital for players looking to get through what could be a difficult year. In 2018, Powell suffered a neck injury during an October loss to Minnesota, one that threatened to end his career. When it was possible that Powell’s NFL could well be over, the Jets knew what they could be losing.

“Bilal is one of the hardest workers on this team,” then-head coach Todd Bowles said at the time, per ESPN’s Rich Cimini. “It’s a big blow from that standpoint, but you worry more about the person, healing, than the football player.”

“It’s one of the toughest things,” defensive lineman Steve McLendon said in the same report. “It almost makes me emotional because I know how hard he worked. This is how a lot of guys feed their family, and you never want to see someone lose that ability.”

Powell instead worked his way back, inked a one-year return deal last June, and partook in the Jets’ 2019 proceedings. Like the rest of the Jets’ rushers, things didn’t really go his way, as he put up a career-low 229 yards over 15 games (the best a 74-yard showing in his lone start of the season in a win over Miami).

With so many receivers going down and the offensive line revamped, the Jets could leaning on their run game a little harder at the onset of the 2020 season. As last season proved, Le’Veon Bell can’t do it alone. Gore will be able to assist, but the Jets did lose Lamical Perine during a scrimmage at MetLife Stadium on Sunday afternoon. While there’s some belief that Perine avoided true disaster, the Jets may look to fill the void and bide a little time while Perine’s ankle heals. A trade for former Gase pupil Kalen Ballage was also voided when the Miami running back failed a physical.

A suitable replacement and locker room prescience in Powell could appear on the horizon in Powell, who knows the Jets’ offense and has earned himself an NFL decade through strength and resiliency. Powell himself is even open to the opportunity, if SNY’s Jets pregame and postgame show host Jonas Schwartz is to be believed:

With #Jets very thin at RB a source close to @bilalpowell29 tells me he is “fully healthy and ready for a call!”

And by a source close to Bilal I mean Bilal himself.

“I just stay in my lane. I sit back and let things happen and unfold,” Powell told Beningo and Roberts. “I want to retire a Jet, thatâ€™s the biggest thing for me.â€

Fulfilling that dream could well become beneficial for all sides.