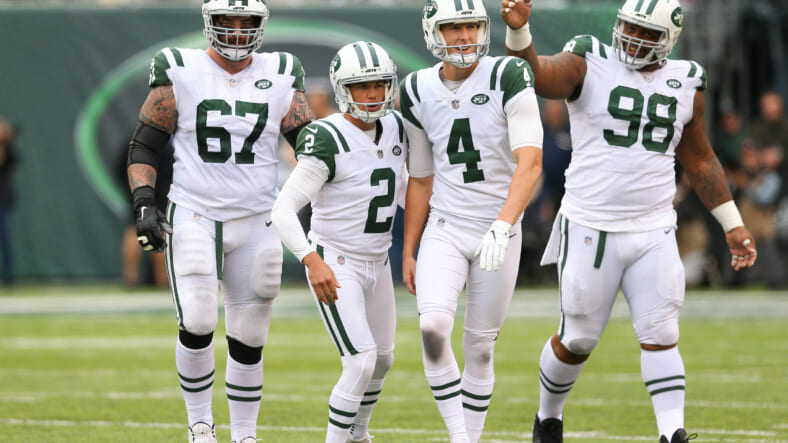 New York Jets Special Teams coach Brant Boyer may be the best in the NFL.

It was a surprise hire, but nobody thought much of it. Special teams don’t really matter in the NFL is a prevailing thought amongst most fans. The Jets and their fans are different though.

They know what it’s like to have an elite special team coach, and how that can change the game. Mike Westhoff is a legendary special teams coach who was with the Jets for 12 seasons. He helped change the culture during his time with the team.

He lived through three coaching changes but retired in 2012 during Rex Ryan‘s tenure. that was the first year of the Jets long playoff drought.

After Westhoff, the Jets went through three special teams’ coaches in three years. In 2016 Boyer became the fourth special teams coordinator in four years. He was tasked with fixing a broken unit. Since Westhoff left the Jets ranked 10th, 16th, and 25th the following three years.

A far cry from the glory days of Westhoff’s unit. When Boyer was brought in for 2016 the Jets lacked so much on special teams. His first move was to fight to get a punter in the draft. He somehow convinced the Jets to draft Australian punter out of Sam Houston State Lac Edwards.

A move that has turned out to be phenomenal. Under Boyer’s guidance, Lac Edwards has developed into a top 10 punter in the NFL. He is also statistically the best punter in New York Jets history. In 2019Â  Edwards is fifth in the NFL in net punt yards and fourth in punts pinned inside the 20.

Even more impressive is his work with kickers. He has made every kicker he’s worked with over-perform their career averages. Including getting a scrap heap pickup in Jason Myers to second-team all-pro.

However, it’s another to rank third in special teams DVOA despite losing those players. Not only that, but the guys brought in have equaled or outperformed his former all-pros.

It’s time that Brant Boyer got his due. He’s been overlooked for far too long. This man is one of if not the best special teams coach in the NFL.