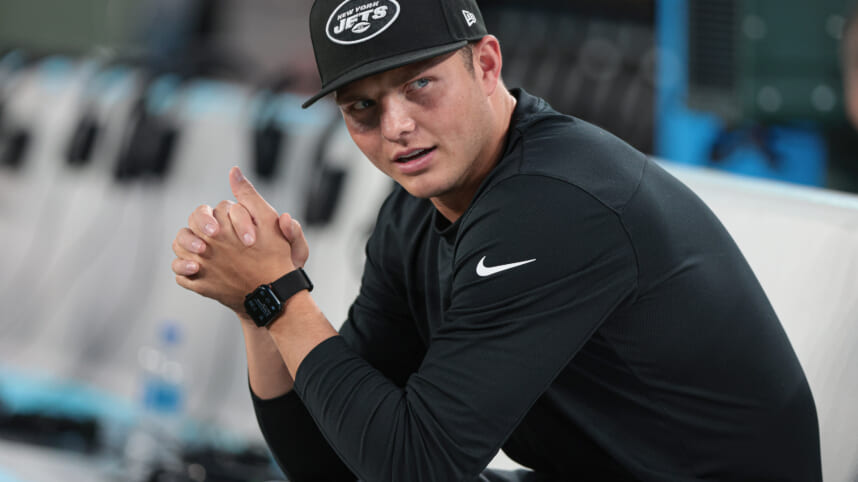 With the recent news of Joe Flacco being the Week 1 starter for the New York Jets, the next big question becomes when Zach Wilson will officially return.

The timeline all along provided by the Jets was 2-4 weeks for the second-year quarterback.

The earliest Zach Wilson will return for the New York Jets is Week 4:

When Robert Saleh met with reporters earlier today, he provided a new update on when Wilson can be back.

“To be honest with you guys, and I’m just gonna lay this out. I really don’t want to talk about this situation anymore. The earliest he’s gonna be available is Pittsburgh. That’s gonna be the earliest. And just from everything we gathered over the last couple of days. Now, can it change? Sure, I’m always gonna leave that door open, you guys know me, I’m the eternal optimist. We are gonna make sure that both mind and body are 110% and make sure we do right by him. And we feel like talking to the doctors and everyone, it’s gonna be that Pittsburgh week.”

Saleh followed up, stating that Wilson will not go to IR. This will enable Wilson to practice with the team while he is out of the lineup. This week, Wilson will be off to the side with the Jets trainers. From there, he will slowly start being integrated back into practice.

“He looks fantastic. He still looks good. He feels good. And you guys are gonna get a chance to talk to him, and you guys will see him, he’s not walking with a limp or anything.”