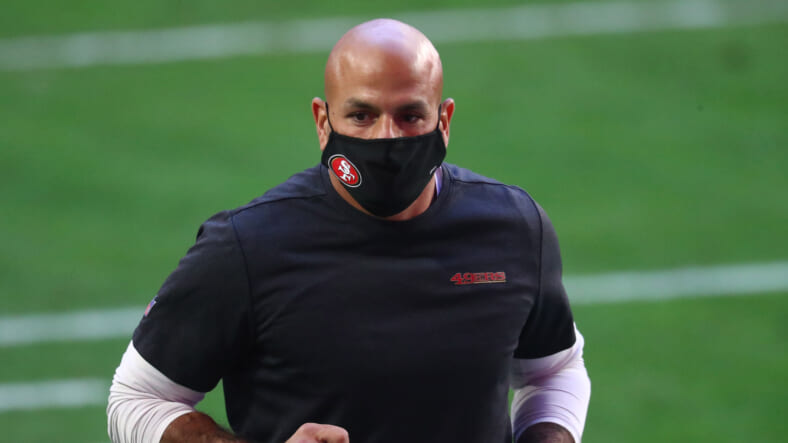 Opting for a defensive-minded boss is risky in today’s NFL landscape, but the New York Jets are in prime position to pull the trigger.

Arguing with Paul “Bear” Bryant might be ground for dismissal from any football-related conversations for the foreseeable future. But his time-honored axiom of “defense wins championships” has been put to the test over recent seasons.

The modern NFL has come to worship a deity known as fantasy football. Scoring is at an all-time high, as the average NFL team scored 24.8 points per game this season. It was a year that teams routinely reach the 20s and 30s in scoring…and still lose. For the Cleveland Browns, 42 points weren’t enough for them to steal a win from Baltimore during Week 14’s action. Penalties against quarterbacks and receivers serve as defensive death sentences. NFL Red Zone was created as a means of informing fans when offensive happenings were occurring or nearby.

So, of course, when searching for the 20th head coach in the franchise history to lead them into the high-voltage 2020s, the New York Jets went out and hired…a defensive guru?

Ten days after Adam Gase’s firing, the Jets have brought in Robert Saleh to oversee the latest chapter of their perpetual rebuild. Saleh’s resume is one of endless defense. All but two of his prior postings have included words “defense” or “defensive”, the exceptions being his role as a linebacker supervisor in Houston (2009-10) and Jacksonville (2014-16). Saleh has overseen the San Francisco 49ers defense for the past four seasons, the penultimate of which ended with an appearance in Super Bowl LIV.

Ironically, Saleh has also earned football’s finest prize at MetLife Stadium of all places, earning a ring with the Seattle Seahawks as a defensive quality control coach during their dismantling of Denver in 2014.

Choosing a defensive guru is risky from a New York standpoint in the sense that the Jets are at a bit of a crossroads with their offense. For the umpteenth time, they may be searching for the long-term franchise quarterback denied to them since Joe Namath disappeared into the Miami night after his legendary victory at the Orange Bowl over a half-century prior. Whether their quarterback come Week 1 is Sam Darnold, Trevor Lawrence, Justin Fields, Deshaun Watson, or an unknown party yet to reveal himself, the Jets also need to surround him with weapons and protection. General manager Joe Douglas appeared to start the process with the respective acquisitions of Mekhi Becton and Denzel Mims. Surely an experienced offensive name…a Greg Roman, Brian Daboll, or Arthur Smith…would’ve been something to kickstart an offense that’s going to have to counter whatever Josh Allen and Stefon Diggs put up in Buffalo for the foreseeable future.

There’s a slight sense of deja vu with the Jets’ attempt to bend the curve, to defy the new football order where offense is king. That’s what made the Adam Gase hire so different: the Jets had been trying to buck a decade-long trend of smashmouth defense-first football that, frankly, had appeared to run its course. Rex Ryan’s bold and brash philosophies netted the Jets consecutive conference title game appearances with Mark Sanchez under center, but his schtick wore thin once his tactic proved unsustainable. Todd Bowles, another accomplished defensive mind, was well-liked by his players but it only translated to the most heartbreaking 10-win season in NFL history. Going the defensive route yet again seems counterproductive, especially with the Jets ill-equipped to handle shootouts. Last season, the Jets failed to break 30 points in any of their 16 contests, one of only two teams reach such dire straits (the other being Philadelphia).

But Saleh is a risk the Jets can well-afford to take.

For one thing, the Jets are a team that can use any form of good vibrations right now. Cleveland and Tampa Bay’s ongoing playoff treks only serve as reminders that New York now owns the longest playoff drought in the league by far at 10 years and their lone winning season in that span was the star-crossed 2015 season that ended in Buffalo heartbreak. Too many coaching candidates would’ve brought unnecessary baggage to let the good times flow. With the team stuck in a perpetual rebuild, they need as little distraction as possible. Gase, with his spotty Miami track record and uncanny clause of having his former pupils rise to stardom elsewhere (Ryan Tannehill, Kenyan Drake) wasn’t going to bring that aura of peace. Doug Pederson had the connections with Douglas but would undoubtedly have to deal with questions about his supposed tossing of the Week 17 contest against Washington during his Philadelphia finale. Smith just had to watch his Tannehill-led offense get stymied by Baltimore in a home playoff game.

Saleh, however, emerges with a mostly clean resume. San Francisco struggled in the final season of his era, but it was little fault of the defense, that ranked fifth in the league in yards surrendered and fourth in first downs allowed. Their spot in the statistical penthouses was secure despite several key defensive contributors (Nick Bosa, Dee Ford, Solomon Thomas, and Jimmie Ward) missing a majority of the season.

The Gase-hire was met with a sense of wariness, his lone endorsement coming from Peyton Manning. While the accomplished Manning posted the best numbers of his career under Gase, there was a general sense that the staff from The Waterboy could’ve handled Manning during his early Denver days. Saleh, ironically one of those who helped solve Gase’s offense during the 43-8 destruction of the Broncos at MetLife Stadium, was endorsed by Richard Sherman himself. Unlike Manning, Sherman was never saddled with high expectations, more or less an afterthought when the Seahawks chose him 154th overall in the 2011 draft. But under Saleh, Sherman not only turned himself into a household name in the NFL but he also recovered from a lull in his career when he joined up with the 49ers in 2018. Sherman took to Twitter to extend his congratulations to the Jets upon learning of Saleh’s hiring.

The @nyjets got a great one! Congrats to them!

Long before the Jets’ head coaching slot officially opened, Sherman endorsed Saleh for such a role, namely the one in Detroit after the Lions bid Matt Patricia farewell.

“Youâ€™ve got to give Robert Saleh an abundance of credit. You have to give him an unusual amount of credit, and I donâ€™t think heâ€™s getting enough credit not only here but in the league, in general,” Sherman said of Saleh after San Francisco’s 23-20 win over the Los Angeles Rams in November, per video provided by the 49ers. “I expect him to be a head coach next year, because of what heâ€™s able to do,â€ Sherman said. â€œHeâ€™s able to rally men. Heâ€™s a leader of men, and that goes a long way.â€

In that game, Sherman’s clutch interception of Jared Goff helped push the 49ers to the first win for a SoFi Stadium history. Los Angeles earned 308 yards and tallied only a dozen first downs in the triumph. Sherman would later tell Sports Illustrated’s Albert Breer that Saleh “had” to get the Detroit job.

“Heâ€™s a great leader of men. And heâ€™s not stubborn,” Sherman said. “He doesnâ€™t just think he has all the answers. He comes up with a great plan and evolves it with his players.â€

Sherman might not have gotten his de facto wish of Saleh in Detroit but he seems happy for him nonetheless. He wasn’t the only one celebrating his New York arrival, with Quinnen Williams likewise joining the chorus. The Gase hire seemed to be appreciated only by the hot take artists like Colin Cowherd (who infamously demanded AFC title game tickets), with players mostly keeping to themselves. Some of Gase’s most vital constituents (i.e. Robby Anderson) wound up fleeing. With Saleh being welcomed with apparent open arms, it’s a swift, welcome departure and change of pace for the organization. From at least the outlook, the Jets are a destination that doesn’t seem so garish in the ultimate long run.

The Jets are in dire need of any positivity flowing in the organization. At least in the infantile going, Saleh is providing the best surge in a long, long time.