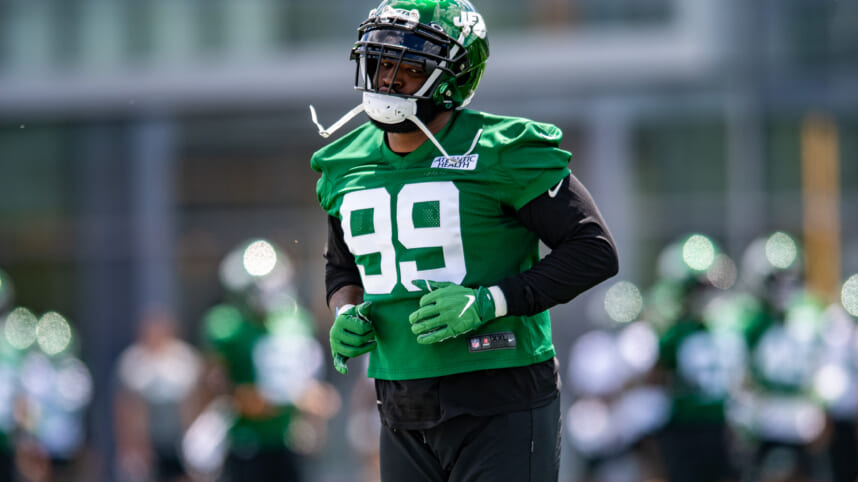 It was just announced by the New York Jets that after recently being cut, linebacker Marcell Harris re-signed with the team. In correspondence with the move, veteran defensive end Vinny Curry was placed on injured reserve.

The Curry update does not come as too much of a surprise. He was not present over the last few weeks of practice. Curry has been battling a hamstring injury for some time now. It was made known publicly recently by Robert Saleh that this could happen.

The New York Jets have a deep defensive line:

The Jets happen to have a ton of depth on the defensive line with still 10 active players. It is a group certainly not short on skilled pass rushers. Curry is able to play in Week 5 on October 9th for the first time.

With Harris, he was listed as a first-teamer early on in training camp. Prior to signing him back, the Jets had just four linebackers. He is a five-year veteran who has experience with Saleh and can also contribute on special teams.

His role defensively may likely just be to provide depth. C.J. Mosley is one locked-in starter. Kwon Alexander and Quincy Williams are fairly comfortably the second and third-best players of the group. Second-year linebacker Jamien Sherwood showed some progress this offseason and is likely the top backup.

After letting go of Del’Shawn Phillips, though, there is a specific role for Harris to assume on Brant Boyer’s unit.