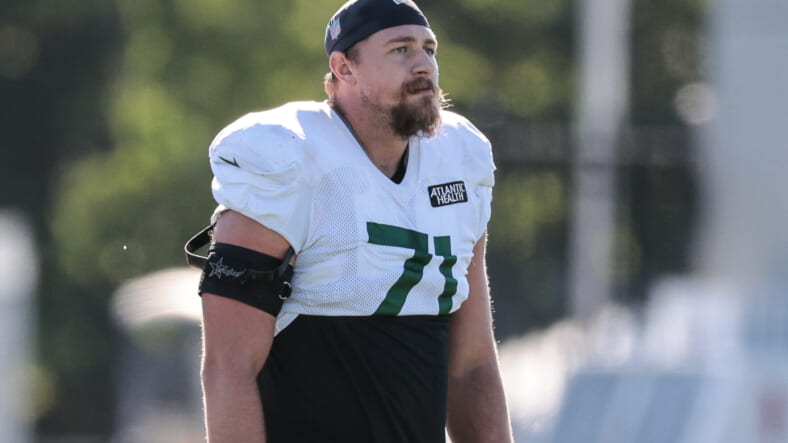 Lewis, a fourth-round pick in Baltimore, was one of Joe Douglas’ first acquisitions of the Joe Douglas era.

A fourth-round pick from the 2016 draft, Lewis was one of Jets general manager Joe Douglas’ first acquisitions. He came over from Baltimore in exchange for a seventh-round choice (that the Ravens eventually dealt to Minnesota) in August 2019. Lewis took over the starting left guard role after Kelechi Osemele’s departure and started the latter dozen games of the Jets’ 2019 campaign. His efforts were rewarded with a three-year, $18.6 million contract extension.

Lewis endured a tumultuous sophomore year in green, missing the final games of the year on the non-football injury list. Rumors of conflict with then-head coach Adam Gase emerged but were denied by Lewis himself. Cimini’s report states, however, that Lewis was displeased with the drafting of offensive lineman Alijah Vera-Tucker in April. The Jets had traded up with Minnesota to select the interior blocker from USC. Lewis skipped offseason workouts but later agreed to a restructured contract. The new deal dropped his 2021 base salary by nearly $3 million, though he would be allowed to pursue free agency after the 2021 season.

The Jets placed Lewis on the exempt/left squad list a day after suffered a head injury in training camp on August 5. Such a designation precluded him from playing with any team this season. At the time, Jets head coach Robert Saleh said that Lewis was “going through some things which are much greater than football right now”, per notes from the team.