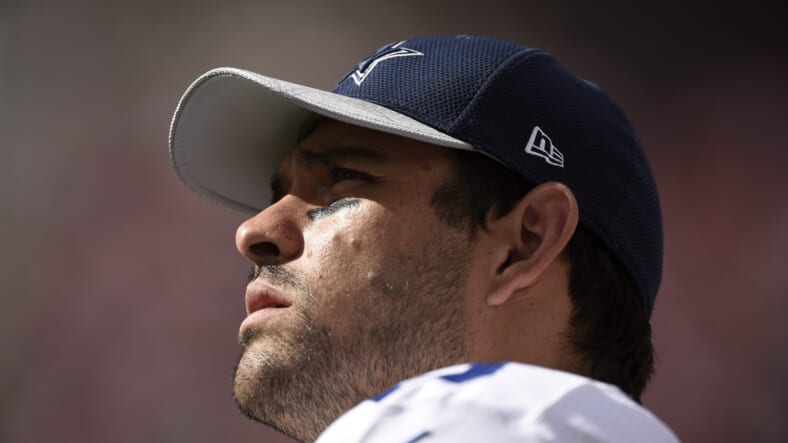 Move over, Baby Yoda, because another infantile green extraterrestrial is taking over the pop culture scene.

Former New York Jets quarterback Mark Sanchez was the latest celebrity exposed on the Fox musical competition seriesÂ The Masked Singer, the fourth star unveiled in the show’s fourth season. Sanchez made his appearance through one of the show’s most elaborate costumes yet, a wearable puppet depicting a small alien in a rocket ship, labeled “Baby Alien”.

In a performance that would make Jim Henson proud, Sanchez operated the puppet from the inside while fulfilling his singing duties in front of judges Ken Jeong, Jenny McCarthy, Nicole Scherzinger, Robin Thicke, and special guest Joel McHale.

Speaking with Michael Schneider of Variety, it sounded like the burden of the Baby Alien might’ve been able to rival his workouts with the Jets.

â€œI think that needed somebody that was big enough and strong enough to handle the weight of the costume,â€ Sanchez said. â€œBecause after wearing it for a while, it wears on you a little bit. Itâ€™s like 40 pounds. And it positions itself on your upper chest area and lower back and shoulders, so they needed somebody with some broad shoulders to handle it. I was their guy and it worked out well.â€

I will now respond to BABY ALIEN SANCHEZ ? Being #BabyAlienMack on @MaskedSingerFOX stage was out of this world!! Who said football players don’t have pipes?!! pic.twitter.com/BEvHWSdVKa

With the 16 contestants split into groups, Sanchez previously survived his group’s showing two weeks ago with a performance of “Faith” by George Michael. However, his rendition of Imagine Dragons’ “It’s Time” wasn’t enough to keep him going for another week. Despite his elimination, his identity remained a secret until he shed the costume. McHale came closest by guessing a quarterback, ironically suggesting Sanchez’s former AFC East rival Tom Brady before moving onto Eric Bana, his co-star in the 2014 horror film Deliver Us From Evil. Sanchez even put on a faux European accent to further throw the judges off his trail.

Sanchez’s “clue package”, an animated segment featuring the character that offers hints to the judge and audience about the contestant’s identity, featured numerous references to his football career. Part of the segment parodies theÂ BaywatchÂ franchise, a shoutout to the infamous GQ cover story prior to his NFL debut that featured Sanchez posing in a manner similar to the lifeguard protagonists. An oversized hot dog also appears in the animations, referencing Sanchez’s in-game snack during a 2009 win over the Oakland Raiders.

In a bit of corporate synergy, Sanchez currently serves as a studio analyst for Fox Sports’ college football coverage.

Previous reveals on this fourth season of the series include Busta Rhymes, Mickey Rourke, and Brian Austin Green.Â The Masked SingerÂ airs new episodes on Wednesday nights at 8 p.m. ET on Fox.