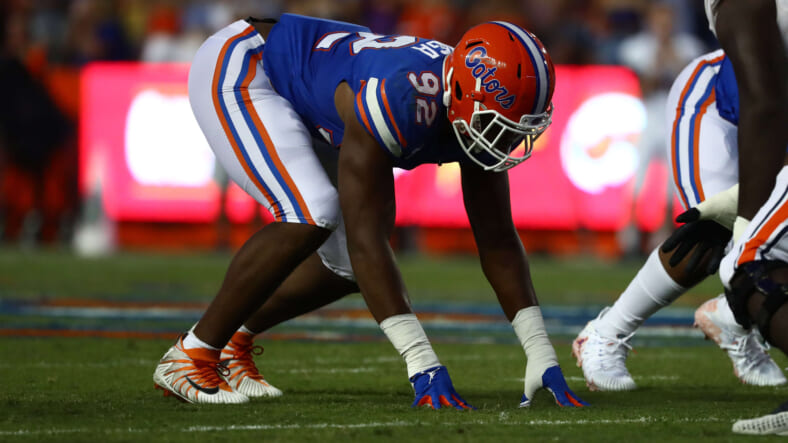 The activation of third-round pick Jabari Zuniga is among the moves the New York Jets made prior to a dangerous matchup against the Chiefs.

Headed into a matchup against the defending Super Bowl champions, the New York Jets (0-7) could probably use all the help they can get. Not all reinforcements, however, will be along for the ride.

The team made several roster moves and transactions heading into their Sunday tilt against the Kansas City Chiefs (1 p.m. ET, CBS), each documented below…

Zuniga was the Jets’ second pick in the third round of April’s draft (79th overall). The Florida alum missed all of training camp with a quad injury and began the year on injured reserve. He also dealt with injuries at Florida, as he was limited to five games last season, though he returned in time for the Gators’ victorious visit to the most recent Orange Bowl.

Phillips was lost to an ankle injury in Sunday’s loss to Buffalo and underwent season-ending surgery on Tuesday. The undrafted free agent was one of the more pleasant surprises from last season, earning 39 tackles and 1.5 sacks.

“Thatâ€™s a tough loss for us,” head coach Adam Gase said of Phillips, per notes provided by the Jets. “Heâ€™s been a really good player for us the last year and a half, but we expect him to make a full recovery, itâ€™s going to be a long rehab process for him, but we should get him back, obviously next year.”

Onwuasor has yet to make his New York debut, having fallen to a non-contact injury during training camp. He came over this offseason after four seasons with the Baltimore Ravens, which saw him earn 234 tackles and force five fumbles.

An undrafted free rookie who previously worked with Georgia and Miami, Cager earned positive reviews in training camp and eventually got his opportunity during the Week 3 proceedings in Indianapolis. He would earn 37 yards on a pair of receptions before leaving with a hamstring issue.

Fales served as the backup quarterback during the earlier portions of the season and appeared in two games last season. He previously served a reserve thrower during Gase’s days as a head coach in Miami.