New York Jets: Le’Veon Bell and Adam Gase “actually like each other” 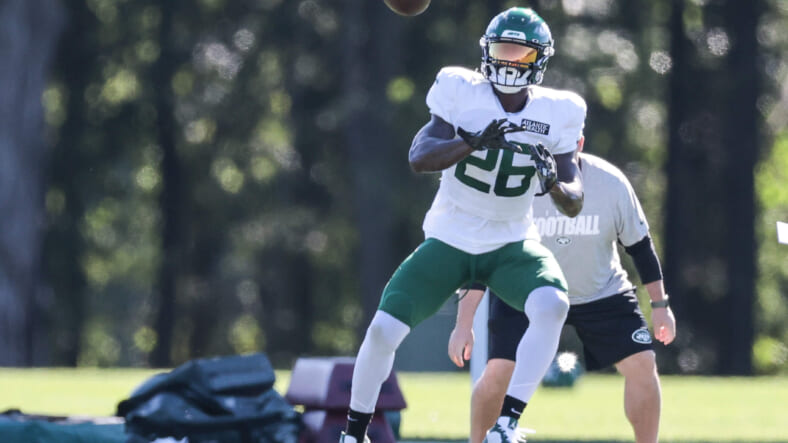 As Week 1 looms, New York Jets running back Le’Veon Bell did his part to end rumors of tension between him and his head coach.

New York Jets running back Le’Veon Bell may represent the offense, but took on the role of a shutdown corner in defusing tension between he and head coach Adam Gase.

On Thursday, the rusher spoke for the first time since an intrasquad scrimmage bore friction between the two. Gase mentioned that he had pulled Bell from the proceedings due to a tight hamstring, but Bell took to social media afterward to proclaim his clean bill of health. Speaking in person after the late week practice, Bell considered the scrimmage matter behind him and publicly called for those covering the Jets to stop pitting he and Gase against each other.

Bell and Gase’s relationship has been under a microscope ever since the former Pittsburgh Steeler inked a four-year, $52.5 million contract last offseason. Rumors emerged last season that Gase lobbied against then-general manager Mike Maccagnan adding Bell after he sat out the entire 2018 season due to a contract dispute. Bell’s name appeared in several trade rumors at the league-deadline last season and Gase was accused by analysts of not using Bell properly in his offense. Bell had a full-season career-low 789 yards last season.

But Bell doubled down on his peace treaty with Gase, insisting that the pair have never had problems.

“Ever since I got here and he got here, there’s kind of been this little thing of me and him butting heads all the time, which I don’t know where it comes from,” Bell said in Cimini’s report. “We had a long conversation because basically people (blew last week) out of proportion because I did make the tweet.”

Bell has returned to training camp eager to rectify and atone for the mistakes of 2019 and has been a burst of light in the Jets’ proceedings. He’s ready to take on a larger role in the New York offense when the Jets open against Buffalo on September 13 (1 p.m. ET, CBS) and it appears Gase is ready to take Bell up on that challenge.

“I feel like we can find better ways to get him the ball to help him create more explosive plays,” Gase said in Cimini’s discourse. “We can get him in space better than we did last year.”