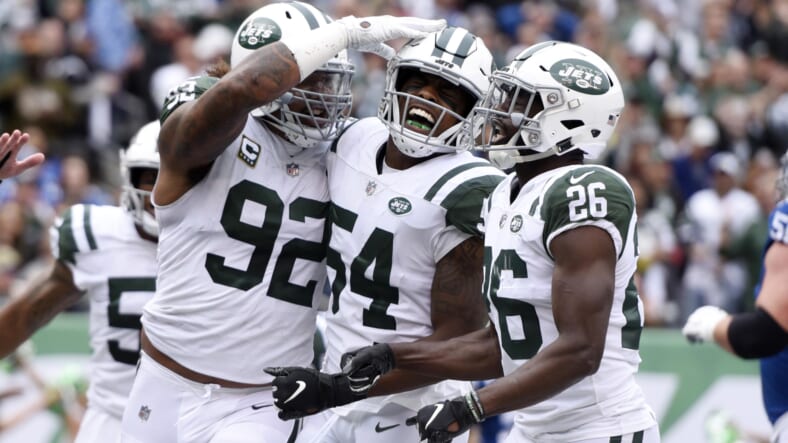 New York Jets linebacker Avery Williams is back on the active roster after missing the entire 2019 season due to injury.

Watched some 2018 Avery Williamson this morning – #Jets would be foolish to move on from a potential tandem of him/CJ Mosley pic.twitter.com/f8ipZRhm2L

With preseason games eliminated this summer, strapping on the pads and donning the game jerseys for Week 1 in the NFL will feel just a little bit more special this time around. For some, the waiting will be a bit longer than others.

If linebacker Avery Williamson suits up for the New York Jets’ September 13 opener against Buffalo, it will have been 388 days since he suited up for an NFL game. Williamson had a decent first season with the Jets, leading the team with 120 tackles in 2018 after coming over from Tennessee on a three-year, $22.5 million deal. However, his second season was wiped out by a torn ACL sustained in last summer’s preseason visit to Atlanta. The injury cost him the entire 2019 campaign.

Williamson began training camp proceedings on the physically unable to perform list but was activated earlier this week. It’s safe to say that the veteran defender is aching to make up for lost time.

The 28-year-old was eager to test things out upon returning to the practice field. He admitted things got a little difficult, especially with his rehabilitation coming during on the ongoing health crisis. But he was quite enthused upon taking to the field at One Jets Drive.

“You’ve just got to get practice,” Williamson said in SNY’s report. “You’re going to find out real quick how good it’s doing and didn’t feel any pain today, pretty much did everything from a perspective of past and it’s feeling great. So just going out and keep getting in shape, at this point, but my knee’s healthy.”

Williamson went on to praise the job his fellow defenders did in his absence, as players like Jordan Jenkins, Neville Hewitt, and James Burgess all rose to the occasion. That will only increase the on-field competition, as players on the Jets battle for the opportunity to remain on the team for the potential good time ahead.

Entering a contract year, Williamson is one of many Jets who will be auditioning for a chance to solidify their future. He’s embracing every single opportunity but feels like things haven’t changed a bit when it comes to the way he’ll approach a most unusual, and personally vital, season.

“Yeah, I definitely feel like I’ve got to prove myself (but) that’s every year,” Williamson said. “It’s always going to be competition, guys trying to take your spot.

“The guys last year, they played well. Give them credit. They definitely played well. So I’ve just got to make sure I know the playbook, early, make sure that when I get my opportunity, I’m going to make it count.”