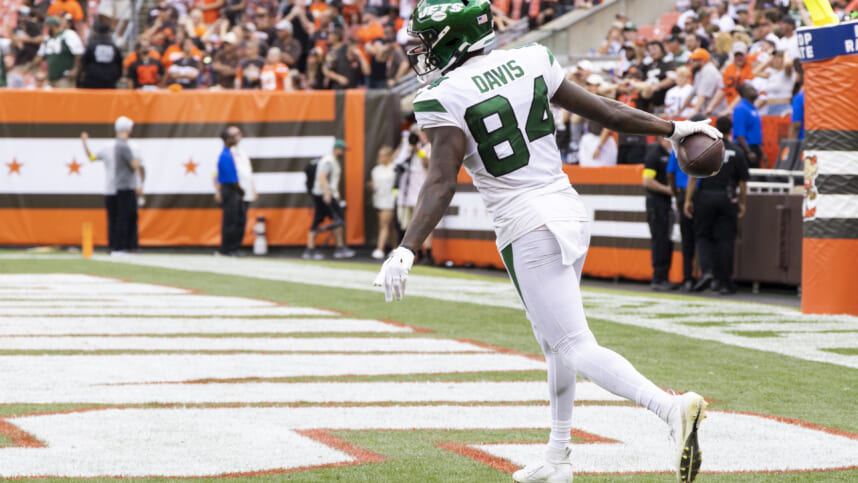 As one would expect, the injury talk got a little bit lost in the discussion at New York Jets head coach Robert Saleh’s press conference yesterday morning. Of course, with the Jets officially benching Zach Wilson for Mike White, most of the conversation surrounded that. Downplayed, however, was the fact that the Jets got some very encouraging news on the injury front yesterday.

Possibly, one of the reasons for Wilson’s significant struggles under center has been the lack of Corey Davis over the last three-and-a-half games. Sidelined for an extended time with a knee injury, the Jets finally got their sixth-year veteran wide receiver back on the practice field as a full participant yesterday.

Some great news for this Jets offense in need of an underrated, key cog. Davis has 19 catches, 351 yards (18.5 per catch), and two touchdowns in 2022. Considering he hardly played his seventh game, his per-game average over the six full games he has completed consists of 3.2 catches and 58.5 yards.

More terrific news for this Jets football team offensively. From an injury standpoint, it has certainly been a tough calendar year for George Fant. Surgery in January kept in limited throughout the offseason. In the midst of multiple position changes from left to right tackle and back to left, Fant never fully seemed himself physically.

Hopefully, now, after nearly two months of recovering, he is in a good place. Fant is a talented athlete who has been an underrated asset over the last three years. Saleh made known yesterday that the team activated Fant from injured reserve, opening up his window to return, and he practiced for the first time in a while yesterday.

Six other Jets players were listed on yesterday’s injury report, four were limited. However, at least most of those four limited participants seem to be of no concern for this Sunday. Those being Sauce Gardner (calf), Saleh said he is “not worried” for this week. Nate Herbig (shin) was limited, Saleh stated they feel “real good” about him for Sunday. Quincy Williams was limited (ankle) not much more was provided on him. As usual, with his shoulder, Duane Brown was listed on the report as limited but will be good to go for Week 12.

The two listed players to not practice were Sheldon Rankins and Kenny Yeboah. Rankins has an elbow injury that caused him to miss last Sunday. Coach Saleh said it’s “not looking good” for Sunday as Rankins is unlikely to go. On Yeboah (calf), Saleh stated he is day-to-day, and on his availability for Sunday, Saleh said, “we’ll see.”