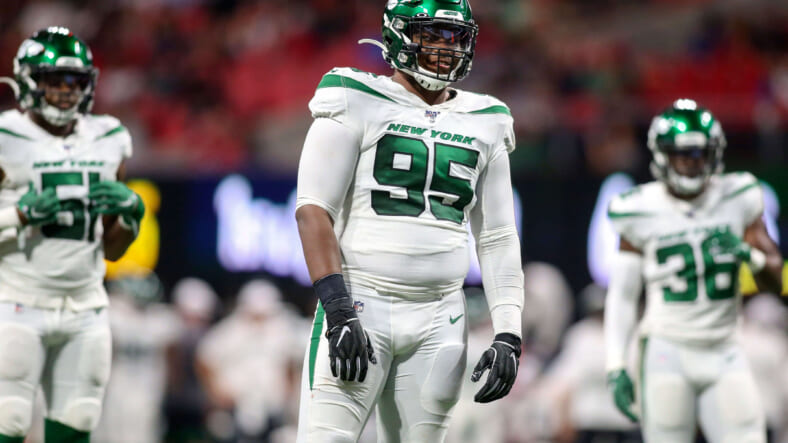 Per NFL Network, the New York Jets’ 2019 first-round pick is set to miss considerable time with a foot injury.

#Jets DL Quinnen Williams broke a small bone in his foot and likely will have surgery that’ll sideline him 8-10 weeks, sources tell me and @MikeGarafolo. That means no OTAs or minicamp for Williams, but he should be healthy in time for training camp.

Per Tom Pelissero and Mike Garafolo of NFL Network, New York Jets defensive lineman Quinnen Williams will miss 8-10 weeks after breaking a small bone in his foot while working out at the team’s Florham Park facility. The injury effectively wipes out Williams’ participation in OTAs and minicamp.

According to Garafolo, Williams was doing on-field work when the injury occurred. Both reports from Pelissero and Garafolo indicate that Williams should be ready to go for training camp in August as well as the Jets’ Week 1 contest in September.

Nevertheless, the injury is a hard blow for a Jets team coming off the good vibes of a sizable yield at the NFL Draft in Cleveland. Williams, chosen third in the 2019 proceedings, enjoyed a breakthrough season last year, putting up 55 tackles, including seven sacks, and forcing two fumbles. As a rare silver lining in the Jets’ disastrous 2020 season, Williams received an All-Pro vote from the Associated Press for his efforts.

Under new head coach Robert Saleh and defensive coordinator Jeff Ulbrich, the Jets are expected to implement a 4-3 defense for the first time since the Herman Edwards days. Williams moved from tackle to end in 2020 and could be replaced on the first team by incoming veterans Vinny Curry and Sheldon Rankins. An opportunity could also be presented for Kyle Phillips, who returns after missing most of last season with an ankle injury. Phillips made the 2019 squad as an undrafted free agent and earned 39 tackles, nine for a loss, during his debut campaign. The Jets mostly focused on the secondary during their defensive splurge in the final day of the draft on Saturday but did welcome in tackle Jonathan Marshall with their final pick of the sixth round.